Dougie Poynter Net Worth: Dougie Poynter is an English musician, singer and songwriter who has a net worth of $3 million dollars. He is best known for his work with the pop band McFly, primarily as a bassist. Born Dougie Lee Poynter on November 30, 1987 in Corringham, Essex, England, he was raised by his mother Sam.

He attended Gable Hall Performing Arts School when he played in a band named 'Ataiz'. At the age of fifteen he joined McFly as a bassist, but he also provided backing, and sometimes, lead vocals. But that's not all as he co-wrote many of the band's songs including their biggest hit "Transylvania". In addition to being McFly's member, Poynter also appeared in the film "Just My Luck", starring along Lindsay Lohan and Chris Pine, as well as in the reality television game show "I'm a Celebrity, Get Me Out of Here". Furthermore, he owns the clothing line Saint Kidd and has a 30% share in the apparel brand named Zuckie, which he started in 2010. He also published two books: The Dinosaur the Pooped Christmas in October 2012 and The Dinosaur Pooped a Planet in August 2013. To date, he and his McFly band-mates are collaborating with the band Busted on a mutual project called McBusted. Their ultimate aim is to go on a tour performing songs of the both bands. 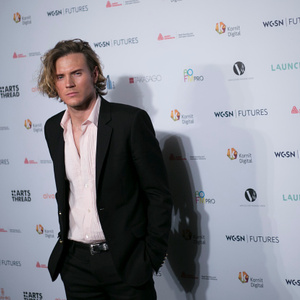