How much is Dorinda Medley Worth?

Dorinda Medley net worth: Dorinda Medley is an American socialite and reality television personality who has a net worth of $20 million. She is best known for appearing on the hit Bravo reality series, The Real Housewives of New York City, and also for her philanthropic work throughout the City. Medley made cameo appearances on the series in earlier seasons as the friend of Countess LuAnn de Lesseps and Ramona Singer, but joined the show as an official cast member during Season 7. Dorinda was born in the Berkshires and, after graduating college, got her start in the New York City showrooms at Liz Claiborne. Dorinda moved to London to be with her first husband and started her own cashmere company, DCL Cashmere, with many high-profile London clients like Princess Diana and Joan Collins. After almost 10 years in London, she got a divorce, sold her company, and moved to New York City with her daughter, Hannah, to figure out life in the city as a single mom. Medley was married to Richard Medley, Partner and hedge fund advisor at George Soros and chief economist for the US House Banking Committee, in 2005. He was her second husband. Together they worked on fundraising for causes with the likes of Desmond Tutu, Brad Pitt, Angelina Jolie, and Hillary Clinton.  Following Richard's death in 2011 at just 60 years old, she began to rebuild for the next chapter of her life. 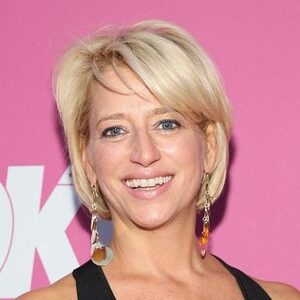