Dorinda Clark-Cole Net Worth: Dorinda Clark-Cole is an American evangelist and gospel singer who has a net worth of $9 million. A Grammy winning singer-songwriter and evangelist, Dorinda Clark-Cole is known for her successful gospel recordings and for her work with the gospel group, The Clark Sisters. She has also released five studio albums since going solo in 2002, all of which have reached the top-5 on the gospel music charts. Born in 1957 in Detroit, Michigan with the name Dorinda Grace Clark, Dorinda Clark-Cole grew up singing with her sisters at her father's church. Clark-Cole didn't release her first studio album until 2002. The self-titled release won a Soul Train award and two Stellar Awards. Three years later, her second effort, "The Rose of Gospel", climbed into the top five on the Gospel charts and earned a Grammy nod for Best Traditional Soul Gospel. Her next two albums, 2008's "Take It Back" and 2011's "I Survived", both charted in the Gospel top five. Clark-Cole was also part of the well-known group the Clark Sisters, and won three Grammy Awards for her work with the band in 2008. She is an evangelist who became the first woman to minister to more than four thousand people in South Africa. Clark-Cole hosted the "Dorinda Show", "Celebrate on the Road", the Stellar Awards and "How Sweet The Sound". She also hosted the radio show "Serving Up Soul with Dorinda Clark-Cole", which is broadcast on more than 50 stations. She and her husband, Elder Gregory Cole, have two children together. In 2015, Dorinda Clark-Cole released her fifth solo studio album, entitled "Living It." The record continued Clark-Cole's success within the gospel music field, even garnering a Grammy nomination for Best Gospel Album at the 58th Grammy Awards, eventually losing to fellow gospel artists Israel & NewBreed. She has often said in interviews that were it not for her gospel singing career, she'd want to be a dancer on Broadway. 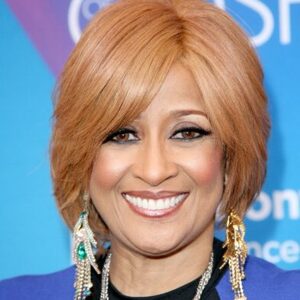