What is Donny Osmond's Net Worth and Salary?

Donny Osmond is an American singer, musician, actor, dancer, radio personality, and former teen idol who has a net worth of $18 million. Donny Osmond started his career when he joined The Osmonds, an American family music group that became quite popular during the 70s. Donny Osmond then began a successful solo career. A multi-talented artist, Donny Osmond is also known for co-hosting the variety TV show Donny & Marie. In addition, Osmond has appeared on a range of reality TV shows over the years.

Donny Osmond was born on December 9th of 1957 in Ogden, Utah. Raised alongside 8 siblings as a member of the Church of Jesus Christ of Latter-day Saints, Donny soon joined The Osmonds and embarked on a music career.

The Osmonds first gained notoriety after being invited to appear on The Andy Williams Show. In 1963, Donny Osmond appeared on the show with a solo performance of the song "You Are My Sunshine." As the youngest member of the group, Donny Osmond soon became a teen idol. His solo career seemed destined to succeed when he released a cover of Roy Orbison's "Sweet and Innocent" in the early 70s. The single charted well, as did his follow-up singles. His increasing level of success won him an appearance on the Here's Lucy show.

By the 1980s, The Osmonds had shifted towards Country music, while Donny gravitated more towards pop music as a solo artist. However, the process of redefining his image wasn't an easy one, and it wasn't until 1989 that he emerged as a successful pop act with the single "Soldier of Love." The track reached the number two spot on the US charts, and Donny followed up with "Sacred Emotion." On the heels of this success, Osmond began an extensive tour to support his comeback.

In the early nineties, Osmond featured as a guest vocalist on Dweezil's Zappa's cover of "Stayin' Alive" by the Bee Gees. During this period, Osmond also turned his attention towards film. First, he contributed the track "No One Has to Be Alone" to the soundtrack of the animated film The Land Before Time IX: Journey to Big Water. Next, he recorded the fan-favorite song "I'll Make a Man Out of You" from Mulan. During the 2000s, he released a Christmas album before reaching the top ten of the US charts with "Breeze On By." Eventually, Donny Osmond released his seventeenth solo album, entitled The Soundtrack of My Life, which featured a collaboration with Stevie Wonder on the track "My Cherie Amour." 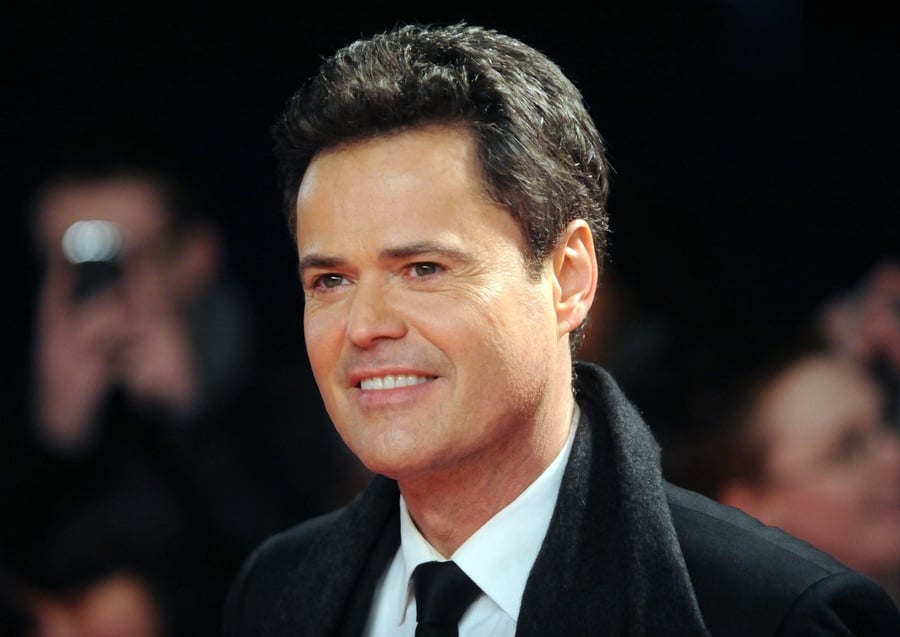 Donny Osmond's television career blossomed alongside his musical achievements. The first step came when he and his sister Marie hosted The Mike Douglas Show. Producer Fred Silverman was so impressed that he offered the siblings a show of their own. This became The Donny & Marie Show, a successful variety show that ran from 1976 to 1979. The siblings followed up with Donny & Marie, a talk show that ran from 1998 to 2000.

Donny Osmond's hosting roles didn't end with The Donny & Marie Show. He went on to host the game show Pyramid from 2002 to 2004, the British game show Identity, and later The Great American Dream Vote, which was canceled after two episodes. In 2008, he hosted the Miss USA pageant alongside his sister Marie.

As an actor, Donny Osmond has booked guest roles on shows like Friends, Diagnosis: Murder, and Hannah Montana. Osmond also appeared in films such as The Wild Women of Chastity Gulch, Goin' Coconuts, Joseph and the Amazing Technicolor Dreamcoat, and College Road Trip. As a voice actor, he has worked on animated series such as Johnny Bravo and Bob the Builder.

Osmond is also no stranger to reality television, having appeared on The Masked Singer and Dancing with the Stars. In 2009, he was paired with professional dancer Kym Johnson for the ninth season of Dancing with the Stars. While Osmond certainly had his ups and downs during the series and received low scores at times, he eventually won the entire competition with a stunning performance during the finals. He returned to the show during season 18 as a judge, and also judged the show's British counterpart Strictly Come Dancing in 2014.

Donny Osmond began his Broadway musical career in the early 80s, replacing David Cassidy in the musical Little Johnny Jones. However, the show was canceled after just one performance. Osmond found more success during the 90s, playing the role of Joseph in the musical Joseph and the Amazing Technicolor Dreamcoat. All in all, he participated in thousands of performances for the musical and was later cast in the same role for the 1999 film adaptation.

In 2006, he returned to Broadway with a role as Gaston in the musical Beauty and the Beast. Although the show was only scheduled to run for nine weeks, it was extended due to popular demand.

Donny and Marie Osmond are also well-known for their Christmas musicals, which include Donny & Marie: A Broadway Christmas and Donny & Marie: Christmas in Chicago. Both of these productions have proven incredibly successful and popular. Donny and Marie also worked together following Donny's success on Dancing with the Stars, creating a show for the Flamingo Hotel in Las Vegas. The 90-minute show was so popular that it was extended to run for 11 years, finally coming to a close in 2019. In honor of their achievements, the Flamingo Hotel's theater was renamed the Donny and Marie Theater.

Donny Osmond married his wife Debra all the way back in 1978. They eventually had five sons together, and as of 2020, they have ten grandchildren. 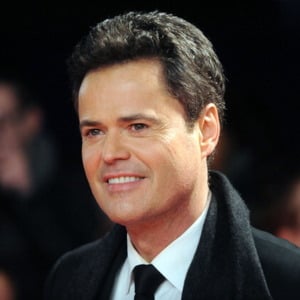