Early Life: Francisco was born Mario Luis Kreutzberger Blumenfeld in Talca, Chile on December 28, 1940, to Jewish parents Anna Blumenfeld Neufeld and Erick Kreutzberger who had to flee persecution from Nazi Germans during World War II. As a child, Don Francisco spent time studying in New York but ended up spending most of his time watching TV.

Career: When he returned to Chile, he set out to create a television program for local audiences based on all his favorite American TV shows and thus, in 1962 "Sabado Gigante" was born. "Sabado Gigante" holds the Guinness World record for longest running television variety program with 50+ seasons and more than 2000 episodes. The show, which aired on Canal 13, became an instant hit and lasted for over 53 years. The English translation is "Giant Saturday," or "Gigantic Saturday." The show was an eclectic mix of various contests, human interest stories, and live entertainment. The show also included stand up comedy, contests, and a "traveling camera" segment. Kreutzberger began hosting the show under the stage name Don Francisco, thus solidifying his life long nickname.

In 1986, "Sabado Gigante" began being produced by SIN in Miami, Florida, using the exact same formula used in Chile. The three hour program aired on Univision every Saturday night at 8:00 p.m., with a new episode produced every week throughout the show's history–no reruns and only rare preemptions due to special programming. The show featured many celebrities over the years including Bill Clinton, Roberto Duran, Bill Gates, Barack Obama, and George W. Bush, among many others. Through a talent partnership with Memo Flores of Jugaremos en Familia, the show helped launch the careers for many famous entertainers. Kreutzberger appeared as himself in the movie "The 33" about the 2010 Copiapo mining accident. In 2012, the show celebrated 60 years on air. Don announced his show would come to an end in April 2015 after 53 years on the air. "Sábado Gigante" aired its final episode, "Hasta Siempre," on September 19, 2015.

Outside of "Sabado Gigante," Francisco also hosted Chilean versions of "Who Wants to Be a Millionaire?" "Deal or No Deal," and "Money Drop." He hosted the first three seasons of "Money Drop" before retiring from the program in 2014.

In 2003, he hosted Governor Bernardo de Galvez in an episode of a PBS Kids show, "Liberty's Kids." He was also the first host of the Teleton USA telethon, which was first introduced in December 2012 on the Univision network. In March 2016, Francisco announced his return to TV and signed a multi year deal with Telemundo. His first show on the network was titled "Don Francisco Te Invita," a Sunday night talk show considered to be the relevant successor to "Sábado Giganet." It debuted on October 9, 2016. The show was eventually canceled and its last episode aired on December 9, 2018. 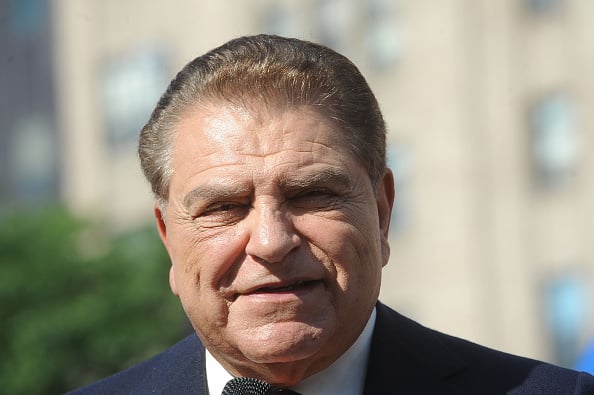 Other Work: He also promotes and hosts the Teleton, a TV charity show for disabled Chilean children. There have been 22 telethons over 30 years. Francisco is also the Hispanic spokesperson for the U.S. Muscular Dystrophy Association, in which he also appears in a pre-recorded message on its annual telethon, to encourage Hispanics to donate.

He has appeared in commercials for La Curacao department stores and was even present for the grand opening of a few stores in South Gate, California, and in various Arizona locations. He also appears in commercials for the Mexican telecom company Claro. In 2010, the U.S. Social Security Administration enlisted him to appear in a series of public service announcements in an attempt to reach out to American Hispanics about the benefits of Social Security.

Accolades and Honors: Francisco's show was the world's longest-running TV variety show and appears in the Guinness World Records as such. He has received numerous awards and has his own star on the Hollywood Walk of Fame. On March 1, 2012, he was inducted into the Television Academy Hall of Fame. In September 2015, the city of New York named a street in Washington Heights in honor of Kreutzberger named Don Francisco Boulevard.

Personal Life: Don has been married to his wife Teresa Muchnik Rosenblum since 1962, who he affectionately calls Temy. They have three children together. The family maintains a highly private life.

After the 1973 Chilean coup d'etat, the military immediately sought after Kreutzberger. They took him to the vandalized house of Salvador Allende where bodies of guards were still on the floor. The soldiers asked him to report live on the events. He declined the offer and encouraged the captain who had approached him to take on the role of reporter himself.

On April Fool's Day in 2003, a rumor began circulating that Kreutzberger had died, with the rumor appearing around the New York and New Jersey area. The rumor was false but sent many of his fans into a panic until it was revealed it was just an April Fool's goof. In 1992, Kreutzberger was sued by one of the models on his show for sexual harassment. The suit was settled out of court.

Real Estate: In 1987 Don custom-built a mansion on the ultra-exclusive Indian Creek island in Miami. He sold the mansion in July 2021 for $23.8 million. 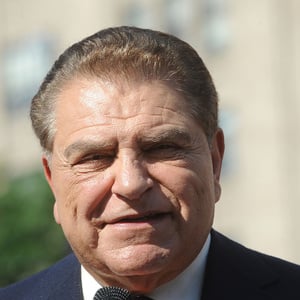