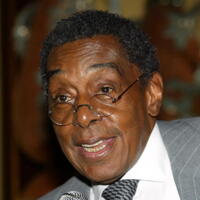 Don Cornelius Net Worth and salary: Don Cornelius was an American television show host and producer who was best known as the creator of the nationally syndicated dance/music franchise "Soul Train". Don Cornelius had a net worth of $15 million dollars. Don Cornelius was born September 27, 1936 in Chicago, Illinois and raised in the Bronzeville neighborhood. He graduated from DuSable High School in 1954, and joined the United States Marine Corps. Cornelius served 18 months in Korea. After the military, he worked at various jobs including selling tires, cars, and insurance, as well as an officer with the Chicago Police Department. He quit his day job to take a three-month broadcasting course in 1966, despite being married with two sons and having only $400 in his bank account. In 1966, he landed a job as an announcer, news reporter and disc jockey on Chicago radio station WVON. Cornelius joined Chicago television station WCIU-TV in 1967 and hosted a news program called "A Black's View of the News". In 1970, he launched "Soul Train" on WCIU-TV as a daily local show. The program entered national syndication and moved to Los Angeles the following year. Cornelius hosted "Soul Train" from 1971 until 1993 and produced it until he sold it to MadVision Entertainment in 2008. On February 1, 2012, officers found Cornelius with an apparent self-inflicted gunshot wound to the head.