How much is DJ Jazzy Jeff Worth?

DJ Jazzy Jeff Net Worth: DJ Jazzy Jeff is a former American hip-hop and R&B disc jockey, record producer, turntablist and actor who has a net worth of $8.5 million. DJ Jazzy Jeff was born January 22, 1965 in Philadelphia, Pennsylvania. Best known for his early career with Will Smith as DJ Jazzy Jeff & The Fresh Prince, he won the world DJ championship in the 1986 New Music Seminar DJ Battle. DJ Jazzy Jeff and the Fresh Prince sold millions of records and became the first rap act to win a Grammy. When Smith branched out into television with the sitcom The Fresh Prince of Bel-Air, Jazzy Jeff played a recurring character named Jazz, Smith's best friend on the show. In the early seasons the two characters always greeted each other with their signature handshake (swinging mid-five, point-back, snap with both characters saying "Pssh!"). A recurring joke throughout the show's run involved the character being physically ejected from the house by Uncle Phil (James Avery). In 1990, after DJ Jazzy Jeff and the Fresh Prince formally dissolved, Jazzy Jeff started a musical production company, A Touch of Jazz, and produced pop and rap recordings as well as music for television and film. He also designed the first mixer made specifically for DJs who scratch records, the Gemini 2200. Jazzy Jeff is still producing and working with up-and-coming talent through a partnership with Dreamworks. 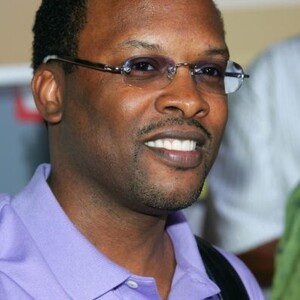