Zak Penn net worth: Zak Penn is an American director and screenwriter who has a net worth of $10 million. Zak Penn was born in New York in 1968. As a writer Penn has worked on the movies Last Action Hero, Politically Correct Party Animals, Inspector Gadget, Behind Enemy Lines, X-Men 2, Incident at Loch Ness, Suspect Zero, Elektra, Fantastic Four, X-Men: The Last Stand, The Grand, The Incredible Hulk, and Avengers Assemble.

He created the television series Alphas which he also wrote from 2011 to 2012. His upcoming projects include The Karate Kid 2, Ready Player One, and Pacific Rim 2. Penn also served as executive producer for the series Alphas and the TV series Ozzy & Drix from 2003 to 2004. He also produced the films Osmosis Jones, Incident at Loch ness, and The Grand. Penn directed the movies Incident and Loch Ness and The Grand. As an actor he has starred in the movies Politically Correct Party Animals, Star Maps, Chuck & Buck, and Osmosis Jones. In 2004 he was nominated for a Daytime Emmy Award for Ozzy & Drix. 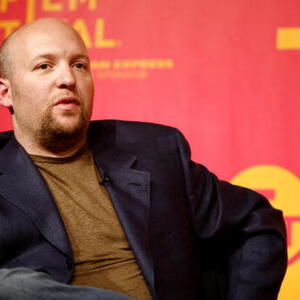