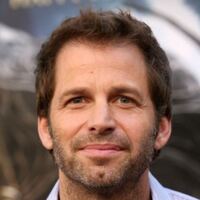 What is Zack Snyder's Net Worth and Salary?

Zack Snyder is an American actor, producer, film director, and screenwriter who has a net worth of $60 million. Snyder is known for making a range of different action films, many of which have been comic book adaptations. Zack has close ties with Warner Bros., and he is famous for movies like "300," "Watchmen," "Man of Steel," and "Justice League." Although not all of Snyder's films have been critically or commercially successful, he is considered one of the most prominent directors in the modern era.

Outside of his directing work, Zack is also an established screenwriter who has worked on films like "Wonder Woman" and "Justice League." Snyder also has a number of production credits to his name for films like "Suicide Squad." He also established his own production company called The Stone Quarry along with his wife and business partner.

Zachary Edward Snyder was born on March 1st of 1966 in Green Bay, Wisconsin. Raised in Riverdale, Connecticut as a Christian Scientist, Zack studied painting after graduating from high school. During this period, he also delved into filmmaking before studying at the Art Center College of Design in Pasadena, California.

Zack's career began as a commercial director. He first arrived on the scene in Hollywood with the release of "Dawn of the Dead" in 2004. The film was a box office success, as it generated over $102 million on a budget of $26 million. "Dawn of the Dead" also received generally positive reviews. His next movie was even more successful. In 2006, he came out with "300," which was his first comic book adaptation. Based on a miniseries by Frank Miller, the film grossed over $456 million.

Warner Bros. execs were allegedly so pleased with the movie's success that they bought Snyder a $350,000 Aston Martin Vanquish. Snyder had previously purchased his first Aston Martin at a young age when he was still producing commercials. The cost for this used model was $28,000. After releasing an animated film called "Legend of the Guardians: The Owls of Ga'Hoole," Zack released "Sucker Punch." Although this film has achieved cult status among some circles, it was critically panned and didn't perform very well at the box office. 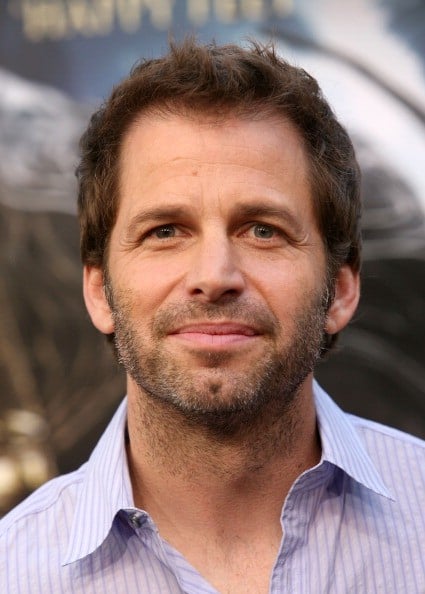 In 2013, Snyder returned to the familiar territory of comic book adaptations with "Man of Steel." The superman flick was intended to jumpstart the DC Extended Universe. He followed up in 2016 with "Batman v Superman: Dawn of Justice." "Man of Steel" became the highest-grossing superman film ever, although it received lackluster reviews. "Batman v Superman" followed the same formula with a strong box office return of over $873 million and poor reviews.

Although he was working on "Justice League" as the original director, Zack stepped down and was replaced by Joss Whedon. This marked the beginning of a significant hiatus for Snyder's career. Since this period, he has been linked with a wide range of different films. These include the "Snyder Cut" of "Justice League" (see more below) and a reboot of the "Heavy Metal" animated film franchise.

Zack has also announced plans for a reboot of "Legends of the Guardians," and he has agreed to direct the upcoming film "The Illustrated Man." In addition, he is said to be working on an adaptation of the novel "The Fountainhead" and unnamed film about George Washington. He and his wife will produce the upcoming Netflix film "Army of the Dead," with Snyder directing. The film will be released through Netflix.

Snyder has his own unique directing style that is quite distinctive. His heavy reliance on slow motion was highlighted in "300," during which there are many fight scenes that captivate the audience with this effect. Zack is also known for slow-motion punches to the face. Snyder plays with speed in his films, slowing things down and speeding them up to create dramatic effects.

He also uses narration quite frequently, and he has been praised for painstakingly recreating comic book panels. His films also contain gore and violence to a considerable extent, and he typically uses darker tones and colors.

Snyder was previously married to Denise Webber, although they eventually separated. He then wed a producer named Deborah Johnson in 2004. Zack has adopted a number of children, and approximately half of his children are biologically his. Two of his children were from a previous relationship with Kirsten Ellen, a line producer that he worked with in the past. In total, he has seven children. His eighth child committed suicide while he was working on "Justice League," prompting the director to abandon his work and spend more time with his grieving family.

After Zack stepped away from "Justice League" to be with his family, the film was edited in post-production without his creative input. This caused a bit of a controversy, since the final product was not well-received at theaters. Fans of the DC universe realized that Zack's lack of creative control may have contributed to the film's less-than-ideal performance, and they took action. The "#ReleaseTheSnyderCut" campaign then went viral, and Snyder was convinced to return to the production of this film to release his own version.

During this period, Zack also released a number of t-shirts and merch with slogals relating to this social media campaign. All proceeds went towards The American Foundation for Suicide Prevention in honor of his late daughter. To this day, Zack continues to promote the organization through social media, and he has raised more than $430,000 through merchandise alone.