Xu Jinglei Net Worth: Xu Jinglei is a Chinese actress, film director, and editor who has a net worth of $10 million. Xu Jinglei was born in Beijing, China in April 1974. She graduated from the Beijing Film Academy in 1997. She is not well known internationally but is popular in China.

Xu is considered to be one of the Four Dan Actresses of China. Her film debut came in the 1997 movie Spicy Love Soup. She has also starred in the films The Storm Riders, Dazzling, Spring Subway, Far from Home, I Love You, Heroic Duo, My Father and I, Last Love First Love, Brothers, Letter from an Unknown Woman, Dreams May Come, Confession of Pain, The Warlords, Shinjuku Incident, Go Lala Go!, Eternal Moment, Dual Crisis, and Better and Better. Xu wrote and directed the films Go Lala Go!, Dreams May Come, Letter from an Unknown Woman, and My Father and I. She won Best Young Director from the 2011 China Film Directors' Guild Awards. She has also won two China Film Media Awards, two Golden Rooster Awards, and a Hundred Flowers Award. According to Technorati Jinglei had the most incoming links of any blog on the Internet in 2006. She is also the editor of the month Chinese e-zine Kaila. 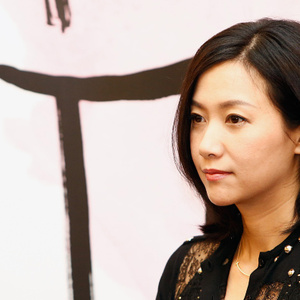