Wong Kar-wai Net Worth: Wong Kar-wai is a Chinese Hong Kong Second Wave filmmaker who has a net worth of $30 million. Wong Kar-wai was born in Shanghai, China in July 1958. Wong and his parents moved from China to Hong Kong in 1963. He studied graphic design at the Hong Kong Polytechnic College before enrolling in the Production Training Course at the Hong Kong Television Broadcasts Limited.

Wong worked as a screenwriter and director at The Wing Scope Co. and In-gear Film Production Company. He first wrote the film Choi wan kuk in 1982 and first directed As Tears Go By in 1988. Some of his best known films include Days of Being Wild in 1990, Ashes of time in 1994, Chungking Express in 1994, Fallen Angels in 1995, Happy Together in 1997, In the Mood for Love in 2000, 2046 in 2004, The Grandmaster in 2013. He became the first Chinese director who won Best Director at the Cannes Film Festival in 1997. He served as President of the Jury for the Cannes Film Festival in 2006. He was also President of the Jury for the Berlin International Film Festival in 2013. Wong was awarded the National Order of the Legion of Honour: Knight (Highest Degree) by the French government in 2006. He was also given an Order of Arts and Letters: Commander (Highest Degree) by the French Minister of Culture in 2013. He has been listed as #3 on the British Film Institute's Sight & Sound Top Ten Directors list of modern times. 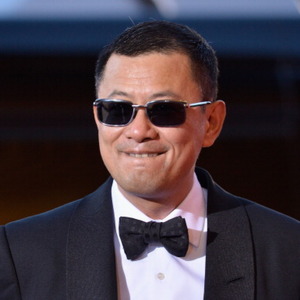