Wolfgang Petersen Net Worth: Wolfgang Petersen is a German film director and writer who has a net worth of $20 million dollars. Wolfgang Petersen was born in March of 1941 and is best known for his work in World War II-themed films, such as Das Boot, as well as mainstream films including, The NeverEnding Story, Enemy Mine, In the Line of Fire, Outbreak, Air Force One, Troy, and Poseidon.

Hailing from Prussia, Peterson then lived in a small German community. He started directing in 1953 at the Gelehrtenschule des Johanneums in Hamburg. He then went to study at the Film and Television Academy in Berlin from 1966 until 1970. After which he began directing on-screen productions. His first full-length film was One or the Other of Us. Throughout his career, Peterson has received widespread acclaim for his films and their reception to the public. He's also brought in record numbers at the box office, where his films are regularly known to be psychological thrillers. In 1998, he was considered to direct the first Harry Potter film, Harry Potter and the Philosopher's Stone, though he withdrew himself from consideration in 2000. Petersen continues to work in film, currently adapting Paprika, an anime film, into a full-length movie. 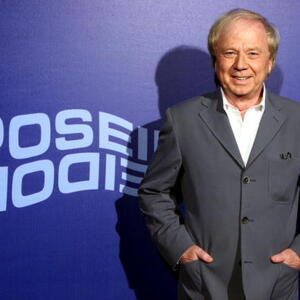