Werner Herzog net worth: Werner Herzog is a German film director, producer, screenwriter, actor, author, and opera director who has a net worth of $20 million. During his career so far, Werner has written, produced and directed more than sixty feature films.

Werner Herzog was born in Munich, Germany in September 1942. He is one of the most renowned figures in New German Cinema. Herzog has worked on several films including Signs of Life, Even Dwarfs Started Small, Aguirre, the Wrath of God, The Enigma of Kaspar Hauser, Heart of Glass, Stroszek, Nosferatu the Vampyre, Woyzeck, Where the Green Ants Dream, Cobra Verde, Scream of Stone, Invincible, The Wild Blue Yonder, Rescue Dawn, The Bad Lieutenant: Port of Call New Orleans, My Son, My Son, What Have Ye Done?, and Queen of the Desert. Herzog has also written and directed many documentary films and has starred in and done voice roles for movies and television. He has also authored several books. He has won just shy of 50 awards and was nominated for an Academy Award in 2009 for Best Documentary for Encounters at the End of the World. In 2019 Werner appeared in the Disney+ series The Mandalorian. 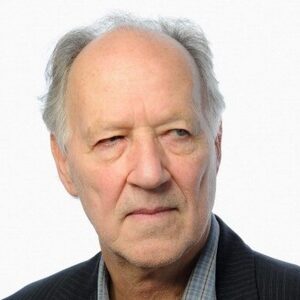