Walter Hill Net Worth: Walter Hill is an American film director who has a net worth of $20 million dollars. Born January 10, 1942 in Long Beach, California, and the younger of two brothers, he worked in oil drilling and construction in the' 60s before becoming a 2nd assistant director in 1967.

He has written and co-written many screenplays and has produced and directed films since 1975. Hill became a film fan at an early age, and cites the first movie he remembers seeing as being Song of the South. He later described his taste as "…juvenile. I liked adventure, westerns, but I liked everything…" Hill got a job in Los Angeles researching historical documentaries made by a company that was associated with Encyclopedia Britannica through a friend, but he was more interested in the entertainment industry so he began writing scripts and developed the urge to direct as well. His film credits between 1968 and 2013 include The Thomas Crown Affair (1968 version), Bullitt, Take the Money and Run, The Getaway, Hard Times, Alien 3, The Fugitive, Undisputed, Broken Trail, Prometheus and more. Hill's first completed screenplay, a Western called Lloyd Williams and His Brother, was optioned by Joe Wizan, but the film was never made. The script, however, was admired at Warner Bros. who then asked Hill to pitch some other projects to them. Hill came up with a detective story he called Hickey & Boggs and the studio agreed to finance a draft and his screenwriting career was on its way. Hill married Hildy Gottlieb, a talent agent at International Creative Management, on September 7, 1986. They have two daughters, Joanna and Miranda. 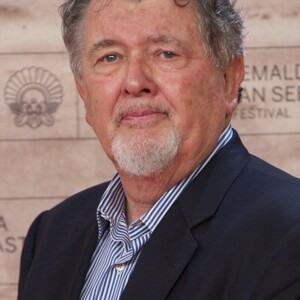