Wally Pfister is an American director and cinematographer who has a net worth of $4 million. Born in Chicago, Illinois on July 8, 1961, Bird is best known for his collaboration with Christopher Nolan and received an Academy Award for Best Cinematography in his popular film, Inception. He worked with Nolan on Batman Begins and The Dark Knight, the second of which highlights Pfister's Chicago upbringing.

He is also well known for films such as The Italian Job, Memento, Insomnia, The Prestige, and Moneyball. Pfister took an interest in film when he was just a boy and began shooting his own home movies on 8mm film. He began working for WMDT-TV after high school as a production assistant and later on found a job as a cameraman where he covered news regarding U.S. Politics. Pfister was leter hired as a cameraman for the filming of Tanner '88 on HBO. He attended the American Film Institute and produced a short film, which was nominated for an Academy Award in 1991. Pfister currently lives in Los Angeles, California with his wife, Anna Julien. They have three children together by the names of Nick, Claire, and Mia. There is a character named after him in the Batman Begins video game. 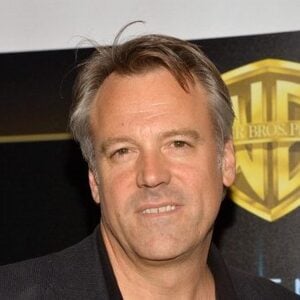