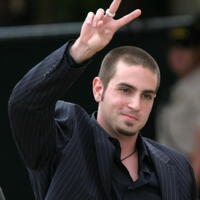 Wade Robson net worth and salary: Wade Robson is an Australian dancer, choreographer, director, and composer who has a net worth of $1 million. As a child he performed with a group of dancers from Johnny Young's Talent School. Wade's specialty was imitating Michael Jackson.

When he was five years old he won a Michael Jackson dancing competition which ultimately led to Wade attending a concert and meeting the pop superstar. Wade and Michael stayed in touch. Wade and his family visited Michael in the United States on a number of occasions. On one of the visits Wade was left alone with Michael at Neverland Ranch for a week while his family traveled to the Grand Canyon. Decades later, Wade would eventually allege that during this trip Michael sexually abused him for the first time when he was just seven years old. The abuse would allegedly go on for many years, especially after Wade and his mother moved full-time to the United States. The alleged abuse reportedly stopped as Wade began to enter puberty. Wade began teaching dance classes in Hollywood when he was just 11 years old. He began choreographing professionally when he was 14.

Wade Robson has directed music videos and major world tours for artists including Britney Spears and NSYNC. He also hosted the MTV show "The Wade Robson Project" in 2003, and was a guest judge and choreographer on the Fox series "So You Think You Can Dance" in 2007.

Robson garnered additional attention for his role in the Michael Jackson child sexual abuse trial, and for his subsequent civil lawsuit alleging that the late singer had molested him as a kid.

Early Life and Career Beginnings: Wade Robson was born in 1982 in Brisbane, Queensland, Australia. As a youth, he joined a talent troupe called Johnny Young's Talent School, doing multiple shows a week at venues including shopping malls. At the age of nine, Robson immigrated to the United States with his mother and sister. Assisting them with the move was Michael Jackson, who recruited Robson to appear in his music videos for "Black or White," "Jam," and "Heal the World." By the age of 11, Robson had an agent. He subsequently formed the hip-hop duo Quo with his friend DeWayne Turrentine, and released an album on Jackson's MJJ Musical label. Soon after, he started teaching dance classes in Hollywood, and formed a children's dancing troupe that performed around the world. When he was 14, Robson got his first choreography job working for Immature, an R&B boy band. Reportedly, clients were often hesitant about taking direction from Robson, whose very young age threw them off.

Professional Career: While still a teenager in the late 90s, Robson choreographed Britney Spears' Pepsi commercials, including one that aired during the Super Bowl in 2001. He also choreographed Spears' and NSYNC's performance at the 1999 Video Music Awards, and co-directed both Spears' 1999-2000 world tours and NSYNC's 2000 No Strings Attached Tour. Among his other credits at the time, he choreographed Spears' "I'm a Slave 4 U" music video, choreographed and directed NSYNC's PopOdyssey Tour, and directed Spears' Dream Within a Dream Tour. Along with Justin Timberlake, Robson also cowrote the hit NSYNC singles "Gone," "Pop," and "See Right Through You."

In 2003, Robson created and hosted MTV's "The Wade Robson Project," a talent search competition designed to find the next great hip-hop dancers. Later, he developed a line of consumer dance shoes with the clothing company Power T Dance. In 2007, Robson started choreographing the American Idols LIVE! Tour, and also became a choreographer and judge on the Fox competition series "So You Think You Can Dance." For his work on the dance number "Ramalama (Bang Bang)" in the show's second season, Robson received an Emmy Award for Outstanding Choreography. He won another Emmy the next year for the jazz routine "Humming Bird and the Flower." Later on, Robson was the choreographer for the animated film "Happy Feet Two," which was released in 2011. 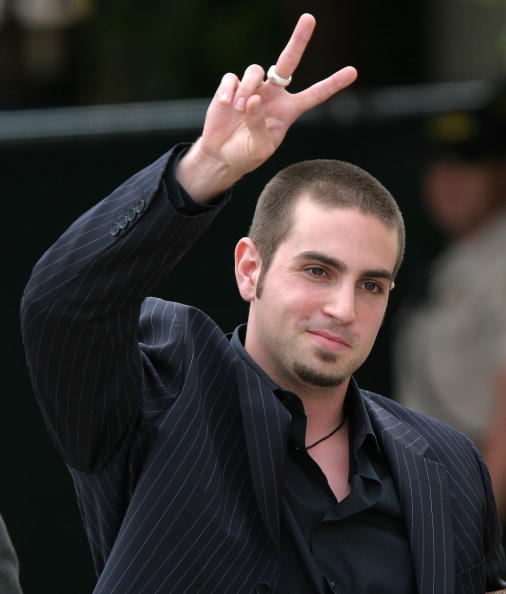 Relationship with Michael Jackson: At five years of age, Robson met Michael Jackson, who was doing a tour of Australia at the time. A couple of years later, when Robson visited the US with his family to perform in Disneyland, Jackson invited them over to stay with him at Neverland Ranch. After Jackson was charged with sexual abuse in 2005, Robson testified at the trial, claiming in his defense that although he had slept in Jackson's bedroom on several occasions, the singer had never touched him in an inappropriate way. Jackson was ultimately acquitted.

Despite his earlier testimony, Robson reversed his position in 2013, stating that Jackson had sexually molested him on two visits to the US when Robson was between seven and 14 years old. He subsequently filed a $1.5 billion civil suit against Jackson's estate. However, the case was dismissed by a Los Angeles judge in 2015 on the grounds that Robson had missed the 12-month statutory deadline following the death of Jackson. A 2019 documentary called "Leaving Neverland" details the allegations of both Robson and another man, James Safechuck, who accused Jackson of sexually assaulting him as a child.

Personal Life: For seven years, Robson dated Brandi, the daughter of Jackie Jackson and the niece of Michael Jackson; the two had previously met as children during a photoshoot with Michael, and were friends for ten years before their relationship. From 2000 to 2001, Robson was going out with dancer Mayte Garcia. In 2005, he wed actress Amanda Rodriguez, with whom he has one son.

Philanthropy: Along with his wife Amanda, Robson founded the Robson Child Abuse Healing and Prevention Fund, which is committed to supporting the healing and prevention of child abuse across the country. The Fund makes grants to non-profit organizations that support its efforts, and works to identify and close gaps in areas of child abuse healing and prevention that are under-developed, under-researched, or generally inactive. All donations to the Fund go to the Hawaii Community Foundation.

Groove with Wade: To help others on their healing journeys, Robson offers a service called Groove with Wade, an exclusive members-only virtual experience with private instruction. It includes life talks, workouts, and wellness exercises including meditation and yoga, plus an online community of like-minded people. Robson also offers his Groove Guide session, which consists of a 60-minute, one-on-one video mentoring appointment. The session explores major areas such as health, relationships, creativity, and work, and provides actionable steps for revitalizing problematic areas in one's life.