What is Vincent Gallo's Net Worth?

Vincent Gallo is an actor, filmmaker, and provocateur who has a net worth of $8 million. Vincent Gallo is known for his performances in such films as "Arizona Dream," "Palookaville," "The Funeral," "Tetro," and "Essential Killing." He is also well known for directing and starring in the films "Buffalo '66" and "The Brown Bunny," the latter of which earned him notoriety for his unsimulated oral sex scene with Chloë Sevigny. In his other work, Gallo has released some music albums through Warp Records.

Vincent Gallo was born on April 11, 1961 in Buffalo, New York to Sicilian hairdresser parents Vincenzo and Janet. His father soon became a professional gambler. As a youth, Gallo went to Sweet Home Central Schools before dropping out.

While working as a painter and musician in New York City in the 80s, Gallo began experimenting with the medium of film. His first project was the short film "If You Feel Froggy, Jump." In 1985, Gallo made his feature film debut in the independent film "The Way It Is," which was also the debut of actor Steve Buscemi. Gallo subsequently appeared in "Doc's Kingdom," "Goodfellas," and "A Idade Major." In 1993, he was in the surrealist dramedy "Arizona Dream," directed by Emir Kusturica, and the period drama "The House of the Spirits," directed by Bille August. Gallo next appeared in three 1995 films: "Angela," "The Perez Family," and "Palookaville." The year after that, he was in Abel Ferrara's "The Funeral" and Claire Denis' "Nénette and Boni." Gallo subsequently starred in Kiefer Sutherland's 1997 neo-noir "Truth or Consequences, N.M."

Gallo gained a new level of recognition in 1998 when he wrote, directed, scored, and starred in the crime dramedy "Buffalo '66." In the film, he plays an ex-con who forces a kidnapped young tap dancer, played by Christina Ricci, to pretend to be his wife in order to impress his parents. A significant critical success, "Buffalo '66" was nominated for an Independent Spirit Award for Best First Feature.

The same year as "Buffalo '66," Gallo starred in the romantic dramedy "L.A. Without a Map." He was subsequently in "Freeway II: Confessions of a Trickbaby" and "Hide and Seek." In 2001, Gallo reunited with director Claire Denis to star in her erotic horror film "Trouble Every Day"; he also starred in the science-fiction film "Stranded," directed by and costarring María Lidón. Gallo's next film became his most notorious: 2003's road drama "The Brown Bunny." In the film, which he wrote, directed, edited, and shot, he plays a motorcycle racer who is haunted by memories of his ex-flame during a cross-country drive. "The Brown Bunny" was immediately controversial following its premiere at the Cannes Film Festival due to its unsimulated oral sex scene, in which Gallo is fellated by actress Chloë Sevigny.

After "The Brown Bunny," Gallo starred opposite Val Kilmer in María Lidón's 2006 film "Moscow Zero." He went on to have a string of additional leading roles, including in "Oliviero Rising" and Francis Ford Coppola's "Tetro." In 2010, for his nonverbal performance in Jerzy Skolimowski's political thriller "Essential Killing," Gallo won the Volpi Cup for Best Actor at the Venice International Film Festival. Also in 2010, he starred in another film at the Venice Film Festival, "Promises Written in Water," which he also wrote and directed. Gallo subsequently appeared in "Loosies," "The Legend of Kaspar Hauser," and "Human Trust." Following nearly a decade away from the big screen, he returned in 2022 to appear in the thriller "Shut In," directed by D.J. Caruso and starring Rainey Qualley. 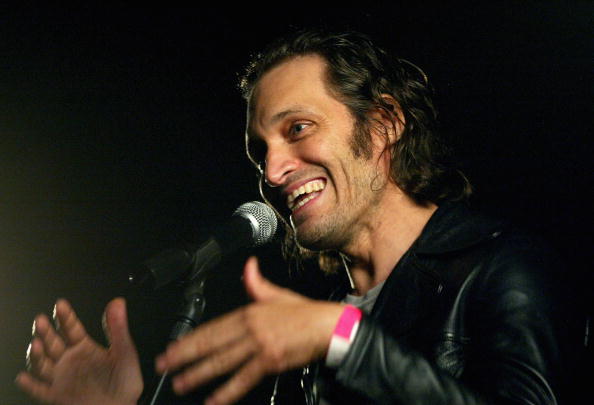 As a musician, Gallo sang and played the electric bass in various garage bands in the 70s, including Blue Mood, Zephyr, the Plastics, and the Detours. Later, he became a member of the experimental band Gray, which was formed by visual artist Jean-Michel Basquiat and filmmaker Michael Holman. Gallo also performed in the bands Bohack and Bunny. As a solo recording artist, he released the albums "When" and "Recordings of Music for Film" in 2001 and 2002, respectively. Gallo also released an EP entitled "So Sad."

Gallo has also directed and appeared in a number of music videos. He directed the video for John Frusciante's "Going Inside," and starred in the videos for Jay-Z's "99 Problems" and My Vitriol's "Grounded," among others.

Gallo has done some modeling over the years. In 2009, he appeared in the H&M Spring Collection alongside model and actress Eva Herzigova. A couple years after that, he appeared in a fashion campaign for the Dutch designer clothing company G-Star RAW.

Gallo has never been married; however, he was engaged to costume designer Bethany Ritz for a year. He has also been in romantic relationships with actresses Cory Kennedy and Chloë Sevigny. 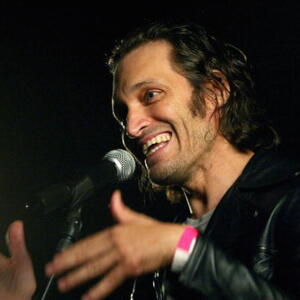