How much is Uwe Boll Worth?

Uwe Boll net worth: Uwe Boll is a German director, producer, and screenwriter who has a net worth of $10 million. Uwe Boll was born in Wermelskirchen, North Rhine-Westphalia, West Germany in June 1965. He has adapted several films from video games and many of his movies are low budget films funded by his company Boll KG and Event Film Productions. Boll holds a doctorate in literature and studied at the University of Cologne and the University of Siegen. He directed, wrote, and produced the films German Fried Movie, Barschel – Mord in Genf, Amoklauf, Das erste Semester, Sanctimony, Tunnel Rats, Stoic, Rampage, Darfur, Auschwitz, Blubberella, and Rampage: Capital Punishment. He has also directed, written, and/or produced the films Flasko, Angels Don't Sleep Here, Blackwoods, Heart of America, House of the Dead, Alone in the Dark, BloodRayne, In the Name of the King: A Dungeon Siege Tale, They Wait, BloodRayne 2: Deliverance, Postal, Seed, Alone in the Dark II, Far Cry, Final Storm, Max Schmeling, BloodRayne: The Third Reich, In the Name of the King 2: Two Worlds, Zombie Massacre, Suddenly, and In the Name of the King 3: The last Mission. Boll won a New York City Horror Film Festival Award in 2007 for Seed. He has won Razzie Awards for Worst Director and Worst Career Achievement Award. 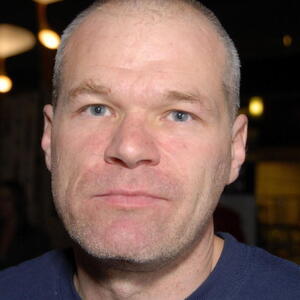