What is Tony Dow's Net Worth?

Tony Dow was an American actor, director, and sculptor who had a net worth of $4 million at the time of his death. Tony Dow was best known for playing eldest son Wally Cleaver on the television sitcom "Leave it to Beaver" from 1957 to 1963. Following this, he starred on the teen soap opera "Never Too Young," and made guest appearances on a number of other shows including "Mr. Novak" and "Square Pegs." Later on in his career, Dow stepped behind the camera to direct episodes of such shows as "Babylon 5" and "Coach."

Tony Lee Dow was born in 1945 in Hollywood, Los Angeles, California. His father was John, a designer and general contractor, while his mother was Muriel, a stunt woman in early Western films who also served as the movie double for actress Clara Bow. As a kid, Dow trained as a swimmer, and subsequently became a Junior Olympics diving champion.

"Leave it to Beaver"

Dow attended a casting call for the sitcom "Leave it to Beaver" in the late 50s. Although he hardly had any prior acting experience, he ended up winning the role of Wally Cleaver, the eldest son of June, played by Barbara Billingsley, and Ward, played by Hugh Beaumont. On the show, Dow performed alongside Jerry Mathers, who played his younger brother Theodore "Beaver" Cleaver. A massive hit, "Leave it to Beaver" ran for 234 episodes through 1963. The show ended with Beaver about to graduate into high school, and Wally getting ready to go to college. 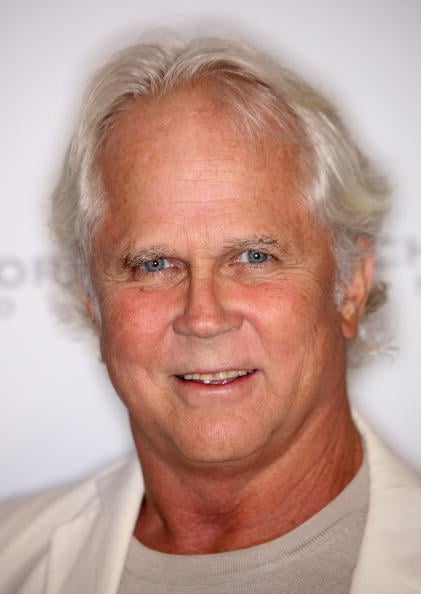 Following the end of "Leave it to Beaver," Dow appeared in episodes of a number of shows. Among them were "The Eleventh Hour," "Dr. Kildare," "The Greatest Show on Earth," and "My Three Sons." He also appeared in three different roles in five episodes of "Mr. Novak." In 1965, Dow had his next big role on ABC's "Never Too Young," the first television soap opera designed for a teen audience. The cast also included Merry Anders, Michael Blodgett, Jan Clayton, and Joy Harmon, among others.

After serving three years in the National Guard, Dow returned to acting in the 70s with various guest-starring roles. He was in episodes of the police procedural "Adam-12," the comedy anthology series "Love, American Style," the crime drama "The Mod Squad," and the medical series "Emergency!" Later in the 70s, Dow appeared in the made-for-television film "Death Scream," starring Ed Asner and Cloris Leachman. In the 80s, he was in episodes of such programs as "Square Pegs," "Quincy M.E.," "Knight Rider," "High School U.S.A.," "Murder, She Wrote," and "The New Mike Hammer." Dow also reprised his role as Wally Cleaver in the 1983 reunion television film "Still the Beaver," and then again on the revival series "The New Leave it to Beaver," which ran until 1989.

Behind the camera, Dow began his directing career with an episode of "The New Lassie" in 1989. Following this, he directed episodes of the sitcoms "Get a Life," "Harry and the Hendersons," and "Coach." In the mid-to-late 90s, Dow directed several episodes of the space opera series "Babylon 5," on which he also worked as a visual effects supervisor. He went on to direct the "Field of Fire" episode from the seventh season of "Star Trek: Deep Space 9."

Beyond television, Dow has appeared in a handful of films. In 1977, he had a memorable appearance in the sketch comedy film "The Kentucky Fried Movie," reprising his role as Wally Cleaver in a parody of a courtroom trial. Later, in 1987, Dow had a small part in the spoof comedy "Back to the Beach," starring Annette Funicello and Frankie Avalon. The actor didn't return to the big screen until 2003, when he made a cameo in the David Spade comedy "Dickie Roberts: Former Child Star." In addition to Dow, the film features more than two dozen former child actors lampooning their careers, including Corey Feldman, Emannuel Lewis, and Danny Bonaduce.

Dow has had various professional pursuits throughout his career outside of television and film. While acting in the 70s, he also worked in the construction industry and studied journalism. Later on, he got into sculpting, and has made a name for himself creating abstract bronze sculptures. Using the lost-wax casting process, he produces limited editions of nine different bronzes; one of his pieces was displayed by his "Leave it to Beaver" costar Barbara Billingsley in her backyard garden. In recognition of his work, Dow was selected as one of three sculptors to showcase their creations in the Société Nationale des Beaux-Arts exhibition at the Carrousel du Louvre in Paris in 2008.

Dow was married to Lauren Shulkind from 1980 until his death in July 2022.

In the 90s, Dow revealed to the public his experiences with clinical depression. Subsequently, he created self-help videos about his struggles, including one called "Beating the Blues."

Tony Dow died on July 27, 2022 at the age of 77. In the days before his death he was accidentally announced as dead by his official Facebook fan page which apparently received bad information.