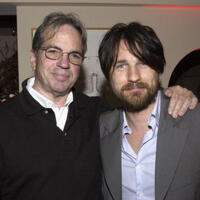 Tony Bill net worth: Tony Bill is an American actor, director, and producer who has a net worth of $10 million dollars. Tony Bill was born in San Diego, California, and graduated from the University of Notre Dame with degrees in English and Art in the early 60s. He began his professional acting career soon after finishing school, appearing in the film "Come Blow Your Horn". From there, he went on to a very distinguished career working with some of Hollywood's best directors. He has appeared in a steady string of film and television projects, as well as directing both film and theater productions himself. He is most widely recognized for his work in such projects as "Soldier in the Rain", "Dr. Kildare", "Washington: Behind Closed Doors", "What Really Happened to the Class of '65?", "Pee Wee's Big Adventure", "Less Than Zero", "Moonlighting", and "Must Love Dogs". He has directed such projects as "My Bodyguard", "Six Weeks", "Fairie Tale Theatre's The Princess and the Pea", "Crazy People", "Untamed Heart", "Oliver Twist", "Felicity", "Monk", "Flyboys", and "Leverage".