Tom Savini net worth: Tom Savini is an American actor, stuntman, director, and special make-up effects creator who has a net worth of $5 million. Tom Savini was born in Pittsburgh, Pennsylvania in November 1946. He has done makeup and special effects for several films directed by George A. Romero including Dawn of the Dead, Day of the Dead, Martin, Monkey Shines, and Creepshow.

Savini has also done special effects and makeup for many cult classic movies including Friday the 13th parts I and IV, The Burning, Maniac, The Texas Chainsaw Massacre 2, and The Prowler. As an actor he starred as Burt in the television series From Dusk Till Dawn: The Series in 2016. He has also appeared in several films including Martin, Dawn of the Dead, From Dusk till Dawn, Children of the Living Dead, Dawn of the Dead, Forest of the Damned, Grind House, Zack and Miri Make a Porno, Machete, and Django Unchained. Savini directed the 1990 remake of Night of the Living Dead. In 1986 he won a Saturn Award for Best Make-Up for Day of the Dead. 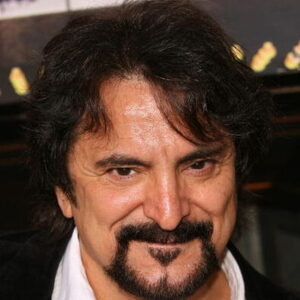