How much is Tom Hooper Worth?

Tom Hooper net worth – Tom Hooper is a British director who has a net worth of $20 million. Born in London in 1972, Tom Hooper has been developing short films since he was a teenager, and produced his first, "Runaway Dog", when he was 13. A year later, another film, "Bomber Jacket", was a finalist in a BBC competition for young filmmakers. After graduating school, he worked to raise money for his professional movie, "Painted Faces", which was broadcast on television before appearing at the London Film Festival. Hooper worked on numerous commercials before breaking into TV and film directing and producing. He shot to fame as director of "The King's Speech" starring Colin Firth and Helena Bonham Carter. The film grossed over 414 million dollars and was nominated for an industry-leading 12 Oscars at the 83rd Academy Awards. It won four of them, including Best Director for Hooper. Following the movie's success, Hooper turned down a chance to direct "Iron Man 3" with Robert Downey Jr. and instead focused on "Les Miserables" with a star cast, including Hugh Jackman, Anne Hathaway, Russell Crowe and Helena Bonham Carter. It was nominated for eight Oscars and won three. Hooper's other credits include "Love in a Cold Climate", "Cold Feet", "EastEnders", "Red Dust", "Longford", "John Adams", and "The Damned United". In 2012, Hooper split from pregnant fiancé, actress Tara Subkoff. He holds an English degree from Oxford University. 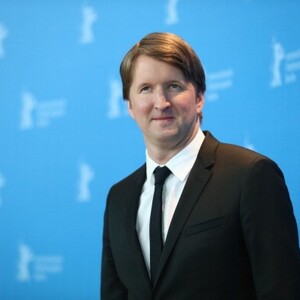