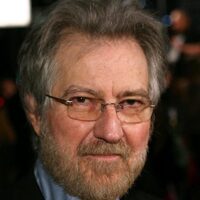 Tobe Hooper net worth: Tobe Hooper was an American film director, producer, and screenwriter who had a net worth of $16 million. Tobe Hooper was born in Austin, Texas in January 1943. He is best known for his work in the horror genre. Hooper has directed, produced, and/or written for the films Eggshells, The Texas Chainsaw Massacre, Eaten Alive, Salem's Lot, The Funhouse, Poltergeist, Lifeforce, Invaders from Mars, The Texas Chainsaw Massacre 2, Spontaneous Combustion, I'm Dangerous Tonight, Night Terrors, Body Bags, The Mangler, The Apartment Complex, Crocodile, Toolbox Murders, Mortuary, and Djinn. He has also worked on the television series Amazing Stories, The Equalizer, Freddy's Nightmares, Haunted Lives: True Ghost Stories, Tales from the Crypt, Nowhere Man, Dark Skies, Perversions of Science, The Others, Night Visions, Taken, and Masters of Horror. Hooper authored the book Midnight Movie in 2011. In 2004 he received a Lifetime Achievement Award from the New York City Horror Film Festival. Tobe Hooper died on August 26, 2017.