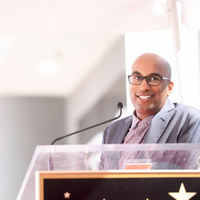 Tim Story Net Worth: Tim Story is an American director, producer, and writer who has a net worth of $15 million dollars. Timothy Kevin Story was born in Los Angeles, California in March 1970. He was senior class president at Westchester High and graduated from the USC School of Cinematic Arts. In 1996 he founded the entertainment production company The Story Company with his wife. The first film he directed was One of Us Tripped in 1997. He went on to direct The Firing Squad, Barbershop, Taxi, Fantastic Four, Fantastic 4: Rise of the Silver Surfer, Think Like a Man, Ride Along, and Think Like a Man Too. His movie Ride Along 2 is scheduled to be released in 2016. He has also directed episodes of Standoff, CSI: Miami, and Supah Ninjas. Story was also the executive producer of the TV series Standoff from 2006 to 2007. Story has also directed music videos for Jon B., Tyrese, Playa, Jagged Edge, Ideal, 'N Sync, K-Ci & JoJo, Avant, The LOX, Gerald Levert, Guy, and India Arie. Story used to be a rapper and used the name M.C. Taste. He was once signed to Ice-T's record label Rhyme Syndicate. He has been nominated for a Black Movie Award, three Black Reel Awards, and two Image Awards.