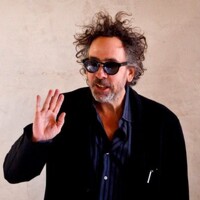 What is Tim Burton's Net Worth and Salary?

Tim Burton is an American film director, film producer, writer, poet, and stop motion artist who has a net worth of $100 million dollars. He is most widely recognized for his films "Beetlejuice", "Edward Scissorhands", "Charlie and the Chocolate Factory", and "Corpse Bride".

Tim's net worth would be much higher if it wasn't for two marriages and one breakup of a long term relationship. Tim was in a relationship with Helena Bonham Carter, without being legally married from 2001 to 2014. Their exact settlement details are not known but as an example, she received roughly $20 million worth of real estate alone after they separated.

Timothy Walter Burton was born in Burbank, California, on August 25, 1958. Having grown up in the heart of the entertainment industry, he showed an early aptitude for drawing and animation. In 1976 he enrolled the California Institute of the Arts. During his second year of studies, he entered into the Disney animation program. Two years later, he joined the ranks of Disney animators. The job, which included drawing a total of 129,000 frames, each individually drawn for a 90-minute animated film, was not that enjoyable. Plus, Burton's style did not fit, so he ended up being let go by the studio.

In 1958, after Paul Reubens saw Burton's live-action short film "Frankenweenie" (1984), he hired Burton to serve as the director for his film "Pee-wee's Big Adventure" (1985). This was Burton's first full-length feature film, and was an unexpected success; it grossed over $40 million on a modest $8 million budget. Only three years later, Burton's vision was taken to the next level with the film "Beetlejuice" (1988) which was another hit. Next, Warner Bros let Burton take the helm of their highly anticipated "Batman" (1989), because he had proven that he was able to produce highly popular and profitable films on modest and limited budgets. Despite some initial setbacks, including public backlash over Burton's decision to cast Michael Keaton in the role of Batman despite him not really fitting into the macho superhero-type image, "Batman" was a monster success, earning more than $400 million at the global box office.

In 1990, Burton used his success to produce an extremely personal project, "Edward Scissorhands", which became another cult classic sleeper hit. With this film, he had full creative control, from penning the story to producing the final product. He has said that to him, this film represents the struggle he had with communicating effectively with others as a teenager. It was also the first time for Burton to put the actor Johnny Depp in one of his films; they would go on to enjoy an extensive working relationship, with Depp featuring in eight of Burton's films such as "Sleepy Hollow" (1999), "Charlie and the Chocolate Factory" (2005), the animated film "Corpse Bride" (2005), "Sweeney Todd: The Demon Barber of Fleet Street" (2007), "Alice in Wonderland" (2010), and "Dark Shadows" (2012). His longtime (former) partner Helena Bonham Carter was also featured alongside Depp in many of these films; in total she has appeared in seven Burton films. Another frequent Burton collaborator is the actor Christopher Lee, who has appeared in six of Burton's films.

Other films Burton has directed include "Batman Returns" (1991), the sequel to the 1989 Batman film; "Mars Attacks!" (1996), which had an all-star cast including famous actors like Jack Nicholson, Glenn Close, Danny DeVito, and Pierce Brosnan; "Planet of the Apes" (2001), which grossed $68 million in its opening weekend; "Big Fish" (2003), based on Daniel Wallace's novel "Big Fish: A Novel of Mythic Proportions"; the animated feature film "Frankenweenie" (2012), a stop-motion remake of his original 1984 live-action short film; the biographical drama "Big Eyes" (2014), about American artist Margaret Keane; "Miss Peregrine's Home for Peculiar Children" (2016), based on the novel of the same name by Ransom Rigg; and "Dumbo" (2019), a live-action adaptation of the original animated Disney film from 1941. Burton has also produced many films, including the Disney animated film "The Nightmare Before Christmas" (1993), which is based on an original story, world, and characters created by Burton; "Cabin Boy" (1994); "James and the Giant Peach" (1996), and "Abraham Lincoln: Vampire Hunter" (2012), along with co-producer and director Timur Bekmambetov. 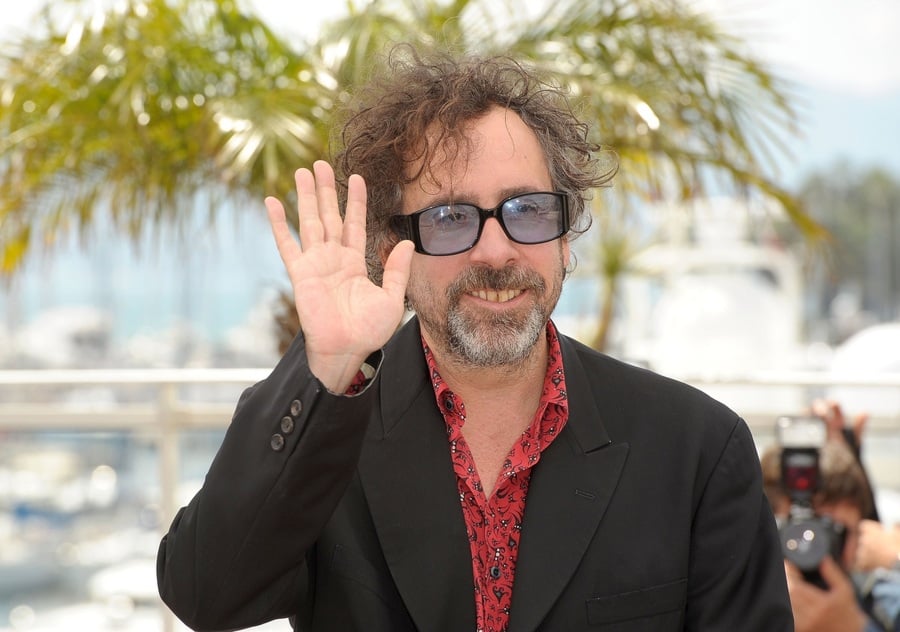 From November 22, 2009, to April 26, 2010, the Museum of Modern Art (MoMA) in New York City hosted an exhibition featuring over 700 of Burton's "drawings, paintings, photographs, storyboards, moving-image works, puppets, maquettes, costumes and cinematic ephemera". Other exhibitions centered around Burton's works have been exhibited at places like the Australian Centre for the Moving Image in Melbourne, Australia; the Los Angeles County Museum of Art (LACMA) in Los Angeles, California; The Neon Museum in Las Vegas, Nevada; the Cinémathèque Française in Paris, France; the Seoul Museum of Art in Seoul, South Korea; the Stone Bell House in Prague, Czech Republic; Artis Tree in Taikoo Place, in Hong Kong; and the Centro Cultural Banco do Brasil in Brasília, Brazil, among others.

Burton was married to the German artist Lena Gieseke from 1987 to 1991. His second marriage was to actress Lisa Marie Smith from 1993 to 2001. Then, from 2001 to 2014 he was in a relationship with actress Helena Bonham Carter, although they never publicly confirmed if they were legally married. He shares two children with Bonham Carter: a son, William Raymond, and a daughter, Nell. In 2010, Burton received the insignia of Chavalier of Arts and Letters from the Ministry of Culture in France, an honor intended to recognize significant contributions to the arts.

When Burton and Bonham Carter were together, they famously lived in London in two next door homes which were linked together. After their breakup, Bonham Carter received ownership of the dual property while Burton bought a new house nearby for $14 million.