Terry Kinney net worth: Terry Kinney is an American actor and theater director who has a net worth of $4 million. Terry Kinney was born in Lincoln, Illinois in January 1954. He is a founding member of the Steppenwolf Theatre Company. From 1987 to 1989 he had a recurring role as Steve Woodman on the television series Thirtysomething. Kinney starred as Tim McManus on the TV series Oz from 1997 to 2003. In 2009 he starred as Sergeant Harvey Brown on the series The Unusuals and as Sam Bosco on the series The Mentalist. Terry Kinney starred as Daniel "Yoda" Dean on the television series NYC 22 in 2012 and as Dr. Owen Morely on the TV series Black Box in 2014. From 2016 to 2017 he starred as Christian on the series Good Behavior and he began starring as Hall on the television series Billions in 2016. He has directed many shows at the Steppenwolf Theatre in Chicago as well as at other venues in New York City including Of Mice and Men, A Streetcar Named Desire, One Flew Over the Cuckoo's Nest, and more. Kinney was married to Elizabeth Perkins from 1984 to 1988 and to Kathryn Erbe from 1993 to 2006. 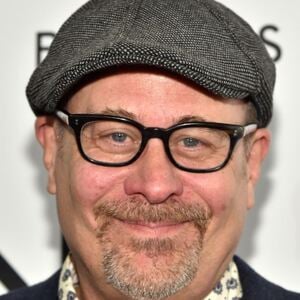