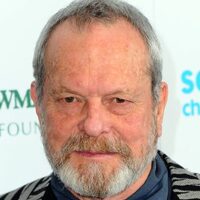 Terry Gilliam net worth: Terry Gilliam is an American-born British screenwriter, film director, animator and actor who has a net worth of $50 million. Terry Gilliam has earned his net worth from his talented directing of many major films. Terry Gilliam worked for several years as a successful animator, before making a name for himself as the quiet sixth member of the famed comedy troupe, Monty Python, and then eventually becoming an acclaimed but often embattled feature director. Even though as a Python he played only small roles that the other five troupe members refused to play, Gilliam was the man behind the infamous cut-out animation that was used in the opening credits and as a segue between skits on the hit British TV series Monty Python's Flying Circus (BBC, 1969-1974).

After co-directing the troupe's first official feature, Monty Python and the Holy Grail (1975), Gilliam made his own way creating surrealist films like Jabberwocky (1976), Time Bandits (1981) and the acclaimed comedic dystopia, Brazil (1985). Other of his notable productions are The Adventures of Baron Munchausen (1988), The Fisher King (1991), 12 Monkeys (1995), Fear and Loathing in Las Vegas (1998). Even though his genuine works translated well on the screen, Gilliam often had misunderstandings and led fevered battles with studio executives behind the scenes. In addition to this, he also went head-to-head with fate itself. It first started with The Man Who Killed Don Quixote (2009), which was plagued by disaster and injury from the start, leading to a nine-year hiatus before returning to production, while The Imaginarium of Doctor Parnassus (2010) saw the unexpected death of star Heath Ledger early in 2008. Regardless of the unexpected, insurmountable happenings, Gilliam went on treading forward in his career making some of the most imaginative films on both the big and the small screen.