Early Life: Steven Andrew Soderbergh was born on January 14, 1963, in Atlanta, Georgia. His family moved to Charlottesville, Virginia when he was a child for his father's job as a college professor and administrator. From there, the Soderberghs moved to Baton Rouge, Louisiana when his dad was made the Dean of Education at LSU. Soderbergh started making films as a teenager with his Super 8 and 16-millimeter cameras. After graduating from high school in Baton Rouge, Soderbergh moved to Los Angeles to pursue a career as a filmmaker.

Career: In his first job in Los Angeles he worked as a game show composer and cue cardholder. Before long he found work as a freelance film editor. In 1985, he directed the concert video for the rock band Yes "Yes 9012 Live" for which Soderbergh was nominated for a Grammy. In the mid-to-late 1980s, he returned to Baton Rouge and wrote the screenplay for "Sex, Lies, and Videotape," on a legal notepad during his eight-day cross country drive. He shot the film starring James Spader and Andie MacDowell and it was released in 1989. He submitted the film to the 1989 Cannes Film Festival where it won the Palme d'Or. The independent film was a global success. "Sex, Lies, and Videotape," kicked off the Independent Cinema movement of the 1990s. Soderbergh was 26, the second youngest director to win the top award at Cannes.

Throughout the early-to-mid 1990s, Soderbergh directed a number of critical and commercial flops, including 1991's "Kafka" starring Jeremy Irons, 1993's "King of the Hill," which he also wrote and starred Jesse Bradford, 1995's remake of the 1949 film noir "Criss Cross," called "The Underneath" starring Peter Gallagher, and 1996's "Schizopolis." Things started to turn around for Soderbergh when he took on 1998's "Out of Sight," the adaptation of the Elmore Leonard novel. The film was a moderate box office success, but critics loved it. The following year he directed "The Limey."

Then, in 2000, Soderbergh took on "Erin Brockovich," starring Julia Roberts. That same year, he released "Traffic." Both films garnered him Academy Award nominations for Best Director. He won the Oscar for "Traffic." Soderbergh next took on the reboot of the 1960's Rat Pack film "Ocean's 11." The film was a critical and commercial success and spawned a number of sequels, which Soderbergh also directed. In 2002, he directed "Full Frontal," starring Julia Roberts. The film was shot in a style that blurred the lines of reality and fantasy.

"Let Them All Talk," is a comedy directed Soderberg scheduled for releases on  HBO Max in 2020. It stars Meryl Streep.

Soderbergh has a habit of working with the same actors over and over again including Julia Robers, Catherine Zeta-Jones, George Clooney, Matt Damon, Don Cheadle, and Topher Grace.

In January 2020, Soderbergh inked a three-year deal with Warner Media to create content for HBO and its new streaming entity HBO Max. Terms of the deal were not disclosed but it is thought to be quite sizeable. As part of the deal, Soderbergh will create both mainstream and more niche content.

In April 2020, the Directors Guild of America announced that Steven Soderbergh will head a DGA committee to address getting the film industry back to work. Soderbergh is a former DGA National President.

In May 2020, GQ proclaimed Soderbergh "the only guy doing quarantine right," because he wrote three new screenplays while in lockdown for the first six weeks. One is a rewrite, one of them is an original, and one is an adaptation of a novel. Reportedly, the sequel to his breakout 1989 hit "Sex, Lies, and Videotape," is one of them.

Personal Life: Soderbergh is married to former entertainment journalist Jules Asner, whom he often credits with influencing his female characters.

In the fall of 2019, Soderbergh commented on the state of Hollywood saying: "It's not crooked, it's the most transparent industry going…" His reasoning is because Hollywood is completely unionized, its hard to cheat.

Real Estate: In 2015, Soderbergh spent $8.5 million on a duplex at Tribeca warehouse conversion 7 Harrison. The 3,100 square foot unit and has three bedrooms and a patio. Soderbergh reportedly sold his $5.87 million pad at 155 Franklin Street ahead of a needed renovation.

In 2017, Soderbergh sold his full-floor apartment in Manhattan's Chelsea neighborhood. He listed the home for $5 million in 2014 and sold it for $4.85 million. The three-bedroom, 4,000 square foot loft features an open living and dining space. There's a media room next to the master suite. Speaking of the master suite, if features a spa-like bathroom with a steam shower and Zuma soaking tub. 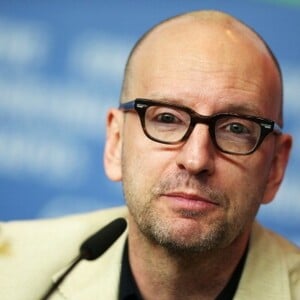