Stephen Sommers Net Worth: Stephen Sommers is an American screenwriter and director who has a net worth of $20 million dollars. Born March 20, 1962 in Indianapolis, Indiana, Stephen Sommers spent the next four years performing as an actor in theater groups and managing rock bands throughout Europe after graduating from college. From there, he relocated to Los Angeles and attended the USC School of Cinema-Television for three years, earning a Master's Degree, where he also wrote and directed an award-winning short film called Perfect Alibi.

Using independent funding, he wrote and directed his first motion picture Catch Me If You Can (1989) which was filmed on location in his hometown St. Cloud, Minnesota. Catch Me If You Can was produced for $800,000 and sold at the Cannes Film Festival for $7 million. Sommers went on to write and direct The Adventures of Huck Finn (1993) as well as the latest version of Rudyard Kipling's The Jungle Book (1994), both for Walt Disney Pictures. Sommers also wrote the screenplays for the B-movie action flick Gunmen (1993) and the Disney adventure Tom and Huck (1995), which he also executive produced. He also wrote and directed the suspense-thriller Deep Rising (1998) and the latest version of The Mummy (1999). Sommers also wrote and executive produced the television version of Oliver Twist (1997) for director Tony Bill. Most recently, he wrote and directed the sequel to The Mummy (1999), entitled The Mummy Returns (2001), as well as the horror-thriller-action epic Van Helsing (2004) and the live-action adaptation G.I. Joe: The Rise of Cobra (2009). He also executive produced The Scorpion King 3: Battle for Redemption (2012) and The Scorpion King 4: Quest for Power (2015). 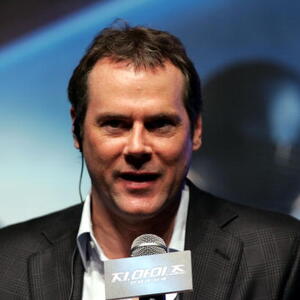