Stephen Gaghan net worth: Stephen Gaghan is an American screenwriter and director who has a net worth of $14 million. Stephen Gaghan was born in Louisville, Kentucky in May 1965. He has directed the films Abandon in 2002, Syriana in 2005, and Gold in 2016 as well as the TV movies Metro in 2011 and White City in 2015. Gaghan co-produced the television series Sleepwalkers in 1997 and executive produced the TV movies Metro and White City. He also executive produced the documentary Bunker 77 in 2016. He has written for the TV series New York Undercover, NYPD Blue, The Practice, The Sleepwalkers, and American Gothic. Stephen Gaghan has also written the films Traffic, Abandon, The Alamo, Havoc, and Syriana and the video game Call of Duty: Ghosts. As an actor he appeared in the film Alfie and in an episode of the series Entourage. Gaghan has won several awards including an Academy Award and a Golden Globe for Traffic and a Primetime Emmy Award for NYPD Blue. 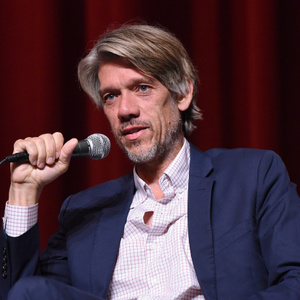