Stephen Frears Net Worth: Stephen Frears is an English director who has a net worth of $10 million. Born June 20, 1941 in Leicester, United Kingdom, his list of directing credits include My Beautiful Laundrette (1985) (which was the first starring role for Daniel Day Lewis), Dangerous Liaisons (1988), High Fidelity, The Queen (starring Helen Mirren) and the 2013 drama Philomena.

Frears graduated from Trinity College, Cambridge in 1963 and went to work as an assistant director on the films 'Morgan! and 'if'. In the mid '80s Frears caught international attention as a feature film director with such films as Gumshoe and My Beautiful Laundrette. His film Hero, starring actor Dustin Hoffman, was a major box-office disappointment and his direction of the film Mary Reilly was nominated for a Razzie Award (an award which recognizes the worst films). In 2013, his drama Philomena won the best screenplay award at the 2013 Venice Film Festival and the BAFTAs (British Academy of Film and Television), and was also nominated for Best Picture at the BAFTAs as well as the Academy Awards. The film starred Judi Dench. Between 1982 and 2014, Frears' award nominations reached 12, 6 of which he won. He lives with his wife, painter Anne Rothenstein, and his two youngest children Frankie and Lola. Frears also has two children, Sam and Will, from his previous marriage to editor and journalist Mary-Kay Wilmers. 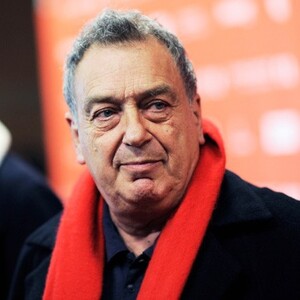