What Was Stanley Kubrick's Net Worth?

Stanley Kubrick was an American filmmaker who had a net worth of $20 million at the time of his death. Kubrick is regarded as one of the best filmmakers of all time, and his passion for filmmaking started when he was given a camera by his father for his 13th birthday. This passion led him to take his first photographs of sites in New York, which he would develop in a friend´s dark room.

After generating income with photography, Stanley and a friend decided to take steps into filmmaking, beginning with the 1951 documentary short "Day of the Fight."

Stanley Kubrick was born on July 26, 1928, in Manhattan, New York City. He grew up in the Bronx with mother Sadie, father Jacob, and younger sister Barbara, and Jacob was a homeopathic doctor. Sadie's parents were Austrian-Jewish immigrants, and Jacob's heritage was Romanian-Jewish and Polish-Jewish. Stanley attended Public School 3 and Public School 90 and became interested Greek and Roman myths, photography, chess, and the New York Yankees during his youth. Kubrick was a member of William Howard Taft High School's photography club, and he often skipped school to go to the cinema and had a D+ average. After graduating in 1945, he took night classes at the City College of New York and that year he sold a photographic series to the general-interest magazine "Look." In 1946, the publication took him on as an apprentice photographer, and he eventually became a staff photographer.

Stanley made his film debut in 1951 with the documentary shorts "Day of the Fight" and "Flying Padre." He wrote and directed both films, and he also produced "Day of the Fight." In 1953, he directed and produced the documentary short "The Seafarers" as well as his first feature film, "Fear and Desire." Next, Kubrick directed and produced 1955's "Killer's Kiss" and co-wrote and directed 1956's "The Killing" and 1957's "Paths of Glory." Starring Kirk Douglas, "Paths of Glory" earned a BAFTA nomination for Best Film from any Source and was preserved in the Library of Congress' National Film Registry in 1992 for being "culturally, historically or aesthetically significant." Stanley reunited with Douglas for 1960's "Spartacus," which grossed $60 million against a $12 million budget and was preserved in the National Film Registry in 2017. His next film, 1962's "Lolita," earned Kubrick a Directors Guild of America Award nomination for Outstanding Directorial Achievement in Motion Pictures," and he received his first Academy Award nominations – Best Picture, Best Director, and Best Writing, Screenplay Based on Material from Another Medium – for 1968's "Dr. Strangelove." The movie was preserved in the National Film Registry in 1989. 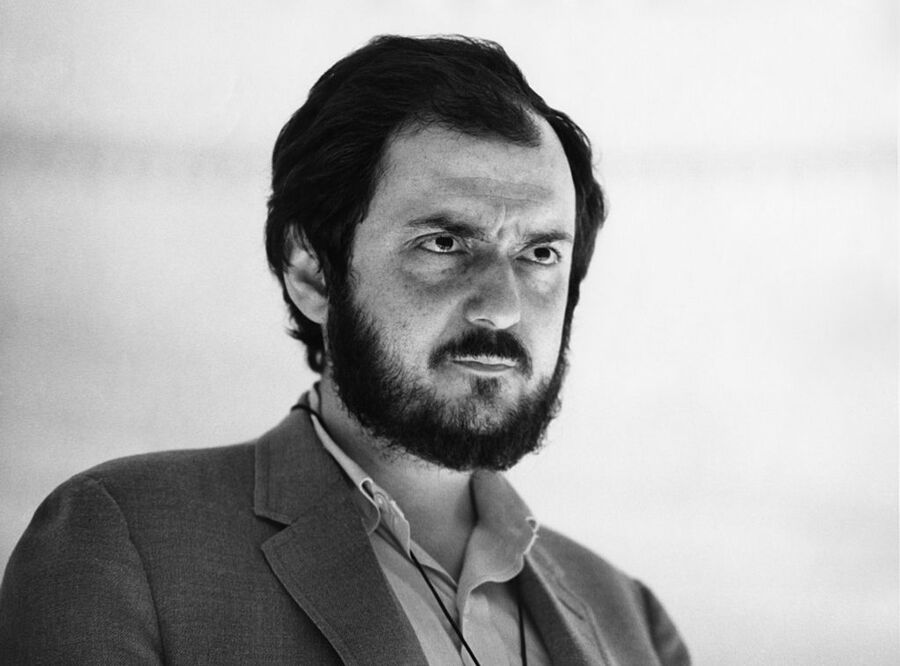 Stanley won an Oscar for 1968's "2001: A Space Odyssey," and he received three Academy Award nominations for 1971's "A Clockwork Orange." "2001: A Space Odyssey" and "A Clockwork Orange" were preserved in the National Film Registry in 1991 and 2020, respectively, and "2001" grossed $146 million against a $10.5 million budget. Kubrick's tenth feature film, 1975's "Barry Lyndon," won four Academy Awards and earned Stanley a BAFTA Award for Best Director. He directed, co-wrote, and produced the 1980 adaptation of the 1977 Stephen King novel "The Shining," which King has expressed disappointment with. Stephen said of the movie, "There's a lot to like about it. But it's a great big beautiful Cadillac with no motor inside, you can sit in it and you can enjoy the smell of the leather upholstery – the only thing you can't do is drive it anywhere. So I would do every thing different." Despite the Master of Horror's reaction to the film, "The Shining" was preserved in the National Film Registry in 2018 and received a Saturn Award nomination for Best Horror Film. Stanley's next film, "Full Metal Jacket," came seven years later, and it earned him awards from the Boston Society of Film Critics Awards, David di Donatello Awards, London Critics Circle Film Awards, and Kinema Junpo Awards. More than a decade later, "Eyes Wide Shut" was released four months after Kubrick's death in 1999. He directed, produced, and co-wrote the film, and with $162.1 million at the box office, it became his highest-grossing movie.

Stanley married caricaturist Toba Metz, his high school sweetheart, on May 28, 1948, and they divorced in 1951. He wed dancer/theatrical designer Ruth Sobotka on January 15, 1955, and they moved to Los Angeles later that year. Ruth had a small role in Stanley's film "Killer's Kiss," and she was the art director on "The Killing." After Kubrick and Sobotka divorced in 1957, he married actress Christiane Harlan on April 14, 1958. He met Christiane on the set of "Paths of Glory," and they remained married until his death in 1999. The couple welcomed daughters Anya (born April 6, 1959) and Vivian (born August 5, 1960) together, and Stanley was stepfather to Katharina, Christiane's daughter from her marriage to Werner Bruhns. The family moved to the U.K. in 1961 when Kubrick was filming "Lolita," and they later made it their permanent home. 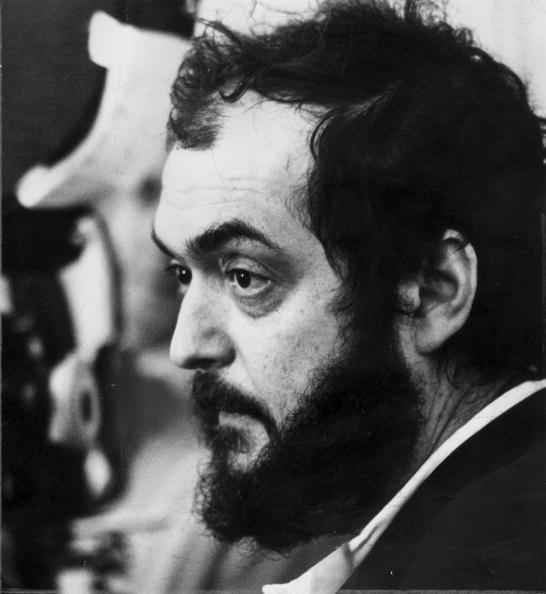 Less than a week after screening "Eyes Wide Shut" for his family and the film's stars, Stanley passed away in his sleep from a heart attack on March 7, 1999. He was 70 years old. Five days later, a funeral service took place at his home with approximately 100 mourners in attendance. Several people gave eulogies at the service, including Tom Cruise, Nicole Kidman, and Steven Spielberg. After Kubrick's death, BAFTA changed the name of the Britannia Lifetime Achievement Award to the Stanley Kubrick Britannia Award, and in 2001, several of Stanley's former collaborators released the documentary "Stanley Kubrick: A Life in Pictures." In 2009, "Stanley Kubrick: Taming Light," an exhibition of photos and paintings that were inspired by his work, opened in Dublin, Ireland, and in 2012, the Los Angeles County Museum of Art opened an exhibition dedicated to him that featured "a selection of annotated scripts, production photography, lenses and cameras, set models, costumes, and props." In April 2018, the International Astronomical Union named a mountain on Charon (one of Pluto's moons) Kubrick Mons in honor of the 50th anniversary of "2001: A Space Odyssey." In 2019, the exhibition "Through a Different Lens: Stanley Kubrick Photographs" opened at the Skirball Cultural Center in Los Angeles.

Kubrick was nominated for 13 Academy Awards, winning Best Effects, Special Visual Effects for "2001: A Space Odyssey" in 1969. His other nominations were for "Dr. Strangelove" (1965), "A Clockwork Orange" (1972), "Barry Lyndon" (1976), and "Full Metal Jacket" (1988). Stanley received Golden Globe nominations for directing "Spartacus" (1961), "Lolita" (1963), "A Clockwork Orange" (1972), and "Barry Lyndon" (1976), and he won a BAFTA Award for directing "Barry Lyndon." He posthumously received the BAFTA Academy Fellowship in 2000, and he was honored with the Britannia Award for Excellence in Film at the 1999 BAFTA/LA Britannia Awards. The Directors Guild of America gave Kubrick a Lifetime Achievement Award in 1997, as did the Directors Guild of Great Britain in 1999. He was inducted into the Online Film & Television Association Hall of Fame three times in the Creative category (1998, 2001, and 2005), and he was inducted into the Visual Effects Society Awards Hall of Fame in 2019.

Kubrick owned a home in Hertfordshire, England, known as Childwickbury Manor, and he and his daughter Anya (who passed away in 2009) were both buried on the property. He also owned a vacation home in southwestern France, and Christiane put the seven-bedroom estate on the market for €1.485 million (approximately $1.578 million) in early 2017. 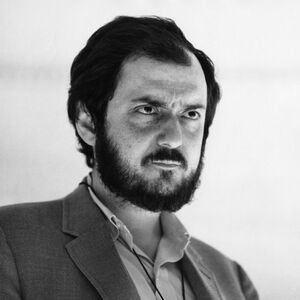