What is Spike Jonze's Net Worth?

Spike Jonze is an American director, producer, screenwriter and actor. Spike Jonze has a net worth of $50 million. Jonze accumulated his fortune through directing, producing, and acting in films, television shows, commercials, and music videos as well as being a co-founder of Directors Labels. Making his start as a photographer for skateboarder magazine "Freestylin'" in the late 1980s, Spike turned to making films and music videos in the '90s. Soon he earned nods from critics and audiences for his popular takes on the Beastie Boy's "Sabotage" (1994) and Weezer's "Buddy Holly" (1994), which skillfully incorporated a "Happy Days" theme and actual show footage. While he became firmly grounded in the music video world, Jonze decided to dip his toes into something bigger and more complex, such as feature films.

Breaking the ice as an actor in "The Game" (1997) and "Three Kings" (1999), he went on to establish himself as a director with the strikingly original "Being John Malkovich" (1999), which fetched him an Academy Award nomination for Best Director. Next, he trod into uncharted territory as one of the creators of the outrageous MTV series "Jackass" (2000–2002), which earned public condemnation for its depiction of dangerous, but hilarious stunts. Getting back to narrative film-making, Spike directed "Adaptation." (2002), a wildly unique, offbeat, and entertaining dramedy that confirmed him as a filmmaker who knows how to surprise his audiences with innovative techniques and insightful ideas. Jonze then directed 2009's"Where the Wild Things Are," followed by the Academy Award-winning "Her" in 2013.

Spike Jonze was born Adam Spiegel on October 22, 1969, in New York City. His parents, Sandra L. Granzow and Arthur H. Spiegel III, divorced when Spike was young, and Jonze and his siblings, Sam and Julia, grew up in Bethesda, Maryland, with their mother. Arthur founded a healthcare consulting firm, and Sandra had a career in public relations. Spike's great-great-grandfather was Joseph Spiegel, who launched the Spiegel catalog. Jonze attended Walt Whitman High School and took a job at the Rockville BMX store when he was 16. His co-workers gave him the nickname "Spike Jonze" because he would "come to work without showering, and his hair was usually sticking straight up." While photographing BMX expos, Spike befriended Mark Lewman and Andy Jenkins, the editors of "Freestylin'" magazine, who offered him a job while he was still in high school. Jonze moved to California the day after he finished his finals. He formed an international BMX club, Club Homeboy, with Lewman and Jenkins, and they created the magazines "Dirt" and "Homeboy."

After working as a photographer for several BMX and skateboarding publications, Jonze began making skateboarding videos, one of which made its way to Kim Gordon of Sonic Youth. She enlisted Spike to co-direct the band's "100%" music video with Tamra Davis in 1992, and he co-directed The Breeders' "Cannonball" music video with Gordon in 1993. That year Jonze also co-founded the company Girl Skateboards, and in 1994, he directed 12 music videos, including Weezer's "Buddy Holly" and "Undone – The Sweater Song" and the Beastie Boys' "Ricky's Theme," "Sabotage," and "Sure Shot." He went on to direct music videos by artists such as R.E.M., Björk, Ween, The Notorious B.I.G., Tenacious D, Kanye West, Beck, and Lady Gaga, and he directed Fatboy Slim's 2001 music video "Weapon of Choice," which starred Christopher Walken. Spike made his acting debut in the 1994 film "Mi Vida Loca," and in 1999, he made an appearance in the first feature film he directed, the critically-acclaimed "Being John Malkovich." He then directed 2002's "Adaptation.," wrote and directed 2009's "Where the Wild Things Are," and wrote, directed, and produced 2013's "Her," which earned him numerous awards. He also co-wrote "The Moon Song" for "Her" with Karen O, and it received nominations from the Academy Awards and the Grammys. 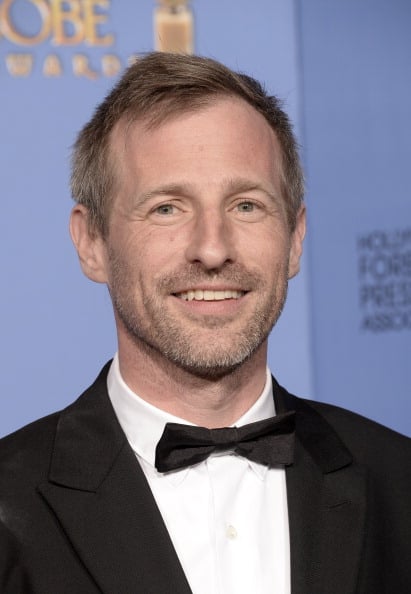 Jonze has written and directed several short films, including "How They Get There" (1997), "We Were Once a Fairytale" (2009), and "I'm Here" (2010), and he has directed commercials for Nike, Wrangler, Levi's, Nissan, Apple, and many other companies. On television, he had a recurring role as Doug Whitney on the IFC series "The Increasingly Poor Decisions of Todd Margaret" (2010–2012), guest-starred on HBO's "Girls" (2015), directed and produced the comedy special "Aziz Ansari: Right Now" (2019), and directed a 2016 episode of "The Late Show with Stephen Colbert." Spike has directed the documentaries "Amarillo by Morning" (1998), "What's Up, Fatlip?" (2002), "Tell Them Anything You Want: A Portrait of Maurice Sendak" (2009), and "Beastie Boys Story" (2020), and he has directed the stage shows "Changers: A Dance Story" (2017) and "Beastie Boys Story: As Told By Mike D & Ad-Rock" (2019). As an actor, Jonze appeared as himself in "Adaptation.," and voiced Bob and Terry in "Where the Wild Things Are" and Alien Child in "Her." He has also appeared in several "Jackass" movies as well as the films "Moneyball" (2011) and "The Wolf of Wall Street" (2013). In 2019, the book "ReFocus: The Films of Spike Jonze" was published by film scholars Wyatt Moss-Wellington and Kim Wilkins, and in 2021, Spike was cast in the period drama "Babylon" alongside Brad Pitt and Margot Robbie.

Spike met director Sofia Coppola on the set of the Sonic Youth music video "100%," and they married on June 26, 1999. The couple divorced in late 2003, then Jonze dated singer Karen O in 2005. He has reportedly also dated actresses Drew Barrymore and Rinko Kikuchi.

Jonze has earned more than 60 awards and 120 nominations for his work. He won an Academy Award for Best Writing, Original Screenplay for "Her," and he was nominated for Best Motion Picture of the Year and Best Achievement in Music Written for Motion Pictures, Original Song ("The Moon Song") for "Her" and Best Director for "Being John Malkovich." Spike has received five Primetime Emmy nominations: Outstanding Unstructured Reality Program for "Gaycation" (2016 and 2017), Outstanding Documentary or Nonfiction Special for "Jim & Andy: The Great Beyond – Featuring a Very Special, Contractually Obligated Mention of Tony Clifton " (2018), and Outstanding Writing for a Nonfiction Program and Outstanding Documentary or Nonfiction Special for "Beastie Boys Story" (2020). "Her" earned Jonze awards from the Academy of Science Fiction, Fantasy & Horror Films, Alliance of Women Film Journalists, Awards Circuit Community Awards, CinEuphoria Awards, Gold Derby Awards, Golden Globes, Golden Schmoes Awards, Internet Film Critic Society, National Board of Review, Online Film & Television Association, and Writers Guild of America Awards as well as a Grammy nomination for Best Song Written for Visual Media.

Spike won a Jury Grand Prix for "Adaptation." at the 2003 Berlin International Film Festival, and he received Film Independent Spirit Awards for Best First Feature – Over $500,000 for "Being John Malkovich" (2000) and Best First Feature for "Synecdoche, New York" (2009). He won awards for Outstanding Directorial Achievement in Commercials from the Directors Guild of America for "Apple HomePod: Welcome Home" in 2019 and "Squarespace: Dream It" and "MedMen: The New Normal" in 2020. He earned a Broadcast Film Critics Association Award for Breakthrough Artist for "Being John Malkovich" and "Three Kings" in 2000 and Best Original Screenplay for "Her" in 2014, and "Being John Malkovich" won a Chlotrudis Award for Best Director in 2000. Jonze earned an MTV Movie Award for Best New Filmmaker for "Being John Malkovich" in 2000, and he has won MTV Video Music Awards for Best Direction in a Video and Best Choreography in a Video for "Fatboy Slim: Praise You" (1999) and Best Choreography in a Video for "Fatboy Slim: Weapon of Choice" (2001).

In 2018, Jonze paid $5.85 million for a 1,965 square foot home in Malibu. The home includes three bedrooms and two bathrooms, and the one-acre property features a three-car garage and a river-rock wall with built-in seating and a fire pit. In 1997, Spike purchased a Los Angeles home in a gated community for $1.125 million, and in 2006, he bought a Manhattan condo for nearly $2.65 million. He also owned a Manhattan apartment that he bought with his sister; they paid $2.35 million for the home in 2011 and sold it for $3.2 million in 2016. 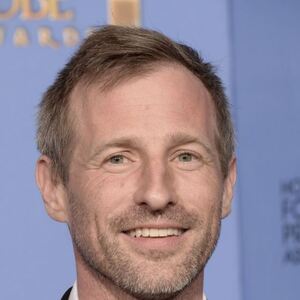