Simon West Net Worth: Simon West is an English film director who has a net worth of $15 million dollars. Simon West was born in Letchworth, Hertfordshire, England in 1961. He became a film editor for the BBC in London in 1981 and worked there for four years. At the BBC he won awards from the British Academy of Film and Television Arts for the documentary series Strangeways Prison and the drama Bleak House.

He signed with Limelight London to direct commercials and music videos. West directed music videos for Mel and Kim and Rick Astley. He won awards for commercials for Little Caesar's. He has made commercials for Budweiser, McDonald's, AT&T, Ford, Sprite, and Miller Beer. One of his most popular commercials aired during the Super Bowl for Pepsi and featured a young boy sucking himself into a Pepsi bottle. The first film West directed was Con Air in 1997. He has also directed The General's Daughter, Lara Croft: Tomb Raider, When a Stranger Calls, The Mechanic, The Expendables 2, and Stolen. As a producer West was also the executive producer on Black Hawk Down, Purple Mountain, and for 13 episodes of the TV series Keen Eddie. Simon married Amadea West in 1995. 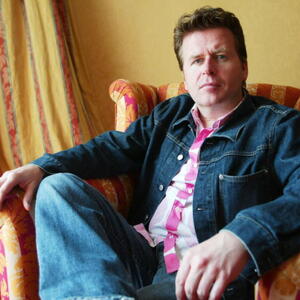