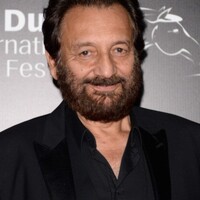 Shekhar Kapur Net Worth: Shekhar Kapur is an Indian actor, director, and producer who has a net worth of $25 million. Shekhar Kapur was born in Lahore, Punjab, British India in December 1945. He worked at an oil company and as an accountant and management consultant. As an actor Kapur first appeared in the film Ishq Ishq Ishq in 1974. He has also starred in the films Jaan Hazir Hai, Toote Khilone, Jeena Yahan, Khanjar, Bindiya Chamkegi, Falak, Gawaahi, Drishti, Nazar, Saatwan Aasman, Vishwaroopam, Vishwaroop, Vishwaroopam 2, and Vishwaroop 2. Shekhar has directed the films Masoom, Mr. India, Bandit Queen, Elizabeth, The Four Feathers, Elizabeth: The Golden Age, New York, I Love You, Passage, and Venice 70: Future Reloaded. He has produced the films Dil Se.., The Guru, Bollywood: The Greatest Love Story Ever Told, and Venice 70: Future Reloaded. Kapur has won awards at the Atlantic Film Festival, Filmfare Awards, and GQ Awards. He was nominated for a Golden Globe Award for Best Director – Motion Picture for Elizabeth in 1999.