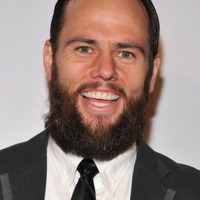 Shay Carl net worth: Shay Carl is an American blogger and YouTube personality who has a net worth of $25 million. Shay Carl was born in Logan, Utah, and grew up in Phoenix, Arizona and Pocatello, Idaho. After serving a two-year mission overseas with the Church of Jesus Christ of Latter-day Saints, he returned to the US, and began working various jobs, including serving as a DJ and installing countertops. He launched his own YouTube channels around 2007, and two of his three channels, "shaycarl" and "SHAYTARDS", are now watched by millions. Interest in his channels rose exponentially after famed online personality, Philip DeFranco, suggested his followers/subscribers check out "SHAYTARDS". He went on to co-found Maker Studios. He records a weekly podcast with his wife entitled, "When the Kids Go to Sleep". He and his wife interview major personalities from all over the world. He has won multiple awards, including "Best YouTube Channel or Personality" at the 2009 Open Web Awards. Carl paired with Corey Vidal to develop a documentary titled Vlogumentary which was released in 2016. Shay authored a self-help book with his son Gavin in 2015 called Fat Dad, Fat Kid. In 2016 he announced that he would be suspending his Shaytards channel for one year, and the following year he announced that he was leaving YouTube after allegations of sexual messages with an adult cam model and his self-described battle with alcoholism. Carl also won a 2014 4th Streamy Awards Icon Award in the entrepreneurship category. He has appeared in the web series The Station, The Annoying Orange, No Ordinary Family, MyMusic, Wonder Quest, and Studio C. He married Colette Butler in 2003 and has five children. Shaycarl lost more than 100 pounds and ran three marathons in one year, which was documented on his ShayLoss channel. Carl has also worked as a school bus driver and in radio.