Shawn Levy Net Worth and salary: Shawn Levy is a Canadian-American actor, director, producer and screenwriter who has a net worth of $60 million. Shawn is probably best-known for directing many successful comedies and producing the Netflix series "Stranger Things."

Shawn was born on July 30, 1968 in Montreal, Canada. He made his acting debut with the low-budget film "Zombie Nightmare" in 1986. He soon landed guest spots and roles in more notable TV series and TV movies.

As for TV shows, he got the chance to work on television productions like "Cousin Skeeter", "The Famous Jett Jackson" and "Pepper Dennis" among others. All in all, Shawn Levy ranks as one of the most commercially successful filmmakers of the past decade as his films have grossed more than $2 billion at the worldwide box office.

Netflix Deal: His most notable recent hit is the Netflix series "Stranger Things". That show was such a huge hit that in December 2017, Shawn signed a multi-year production deal with Netflix that was rumored to come with a $100+ million payday.

Real Estate: In 2010, he spent $13 million to buy a home in the Brentwood neighborhood of Los Angeles. He sold that house a few years later to Trent Reznor for $16.65 million.

In June 2018, Shawn spent $11 million to buy a Los Angeles mansion. In June 2021 he sold this mansion for $13.4 million. Around the same time as the Brentwood sale, Shawn paid $7 million for a three-bedroom apartment in NYC's Tribeca neighborhood. 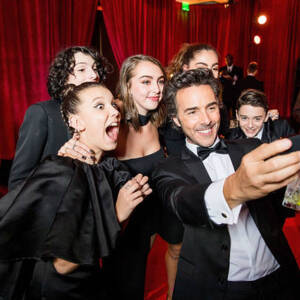