Sam Raimi Net Worth: Sam Raimi is an American director, writer and actor who has a net worth of $60 million. Sam Raimi was born in Royal Oak, Michigan, in 1959, into a family of five children. Raimi grew up loving movies and made several films with his childhood friend. He made a short horror film while attending Michigan State University, but dropped out to create "The Evil Dead".

The 1981 horror movie went on to become a cult success. Raimi followed that effort with 1985's "Crimewave" but quickly returned to what worked with "Evil Dead II". He broke out of the horror genre during the '90s with "The Quick and the Dead", "A Simple Plan" and "For the Love of the Game". In 2002, he directed "Spider-Man", which raked in more than $800 million around the globe. Raimi directed the next two Spider-Man films, but was unsuccessful when he tried to land "Batman Forever". He went on to direct "Drag Me to Hell" in 2009 and "Oz the Great and Powerful" in 2013. Raimi is also a successful TV producer, working on "Xena: Warrior Princess" and "Hercules: The Legendary Journey". He has acted in more than a dozen productions, including "The Evil Dead", "Intruder", "Journey to the Center of the Earth" and "The Flinstones". Raimi is the winner of several honors, including a Saturn Award and an Empire Award for Best Director in 2004. He and his wife, Gillian Dania Greene, have been married since 1993 and have five children together. In 2016 he provided a voice in the remake of the film The Jungle Book. 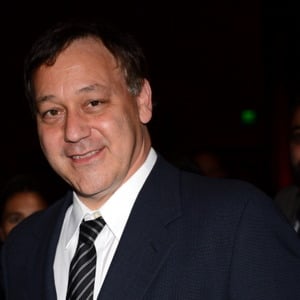