How much is Sam Mendes Worth?

Sam Mendes net worth and salary: Sam Mendes is an English stage and film director who has a net worth of $30 million. Sam Mendes is best known for directing critically acclaimed blockbuster movies like American Beauty, Road to Perdition, and Skyfall, the James Bond movie of 2012. In 2000, Mendes was appointed Commander of the Order of the British Empire by the Queen for services to drama, and in the same year was awarded the Shakespeare Prize by the Alfred Toepfer Foundation in Germany. In 2005, he also received a lifetime achievement award from the Directors Guild of Great Britain. Mendes was born in Reading, Berkshire as the only child of Valerie Helene, an author of children's books, and Jameson Peter Mendes, a university professor. He grew up in Oxfordshire and attended Magdalen College School and Cambridge where he graduated with a first in English. Throughout the 1990s, Mendes enjoyed success in some of England's most notable theatre venues. He became known for his dark re-inventions of the state musicals Cabaret, Oliver!, Company, and Gypsy. In 1999, Mendes made his movie directional debut with American Beauty, staring Kevin Spacey. The film grossed $365.3 million worldwide and won several awards, including the Academy Award for Best Director. With this award, Mendes becoming the sixth director in history to earn the Academy Award for his feature film debut. In 2008, Mendes directed Revolutionary Road, staring his then-wife, Kate Winslet, along with Leonardo DiCaprio and Kathy Bates. The marriage between Mendes and British actress Kate Winslet was characterized as a whim while on a holiday in Anguilla. The couple's relationship lasted for seven years and they had a son before ending the marriage in 2011, when rumors where confirmed that Mendes had been dating actress Rebecca Hall for some time. 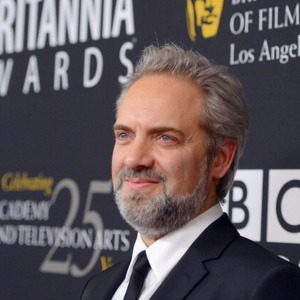