Rusty Cundieff Net Worth: Rusty Cundieff is an American film and television director, actor, and writer who has a net worth of $2 million. Rusty Cundieff was born in Pittsburgh, Pennsylvania in December 1960. His parents both appeared in tales from the Hood. Rusty graduated from the University of Southern California.

As an actor Cundieff starred in the movies 3:15, Hollywood Shuffle, School Daze, Eddie Presley, Fear of a Black Hat, Tales from the Hood, and Sprung. He also appeared in episodes of the TV series Days of Our Lives, What's Happening Now!, MacGruder and Loud, thirtysomething, and Chappelle's Show. He has directed the movies Fear of a Black Hat, Tales from the Hood, Sprung, and Movie 43. Cundieff has also directed the TV series Chappelle's Show, Chocolate News, and The Wanda Sykes Show. Rusty also directed and starred in the video Yes We Can which parodied "U Can't Touch This" and endorsed Barack Obama. In 2014 he won a Razzie Award for Worst Director for Movie 43. 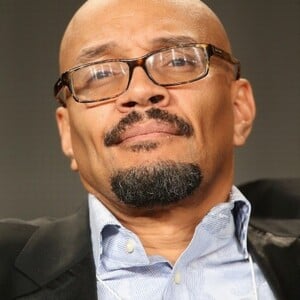