Rupert Wainwright net worth: Rupert Wainwright is an English director, actor, and writer who has a net worth of $16 million dollars. Rupert Wainwright was born in Shrewsbury, Shropshire, England, and first made a name for himself as an actor in the eighties. He appeared in such projects as "Dreamchild" and "Another Country".

He made the shift to directing in the late 80s, and went on to direct such films as "Blank Check", "Stigmata", and "The Fog". He has also directed projects for television, including "Dillinger", "Wolf Lake", and "Fear Itself". He is most widely recognized for his music videos. He has directed award-winning videos for N.W.A., Michael Jackson, and M.C. Hammer. His work with M.C. Hammer was especially successful, and won both artists multiple awards, including five MTV Video Music Awards and a Grammy. Most recently, he wrote and directed the short film, "Russia Becomes the Game", and directed the short, "Sasha's Big Day". 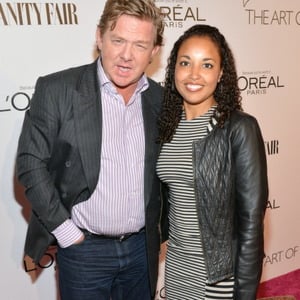