Roland Emmerich net worth: Roland Emmerich is a director, film producer and screenwriter who has a net worth of $200 million. Roland Emmerich has earned his net worth through his directing, producing and writing of films such as, Making Contact (Director/co-writer), Eye of the Storm (Executive Producer), Universal Soldier (Director), and 10,000 B.C. (Director, Executive Producer and co-writer.) He was also an actor and the writer of the television film, Altosax. Emmerich and his partner Dean Devlin were the creators of the 1997 science fiction series, The Visitor. It ran for one season on the Fox network. Emmerich is probably best known for his disaster and action films, such as The Day After Tomorrow, 2012, Independence Day and Independence Day the sequel. He was also the writer and executive producer of Independence Day.

He was born in Stuttgart, Germany in 1955. He spent his childhood in Sindelfingin. His father, Hans was quite wealthy and this enabled Roland to spend much time traveling to Europe and North America quite often. His father was the founder of a garden machinery production company. Emmerich wanted to study production design, so in 1977 he enrolled in the University of Television and Film Munich, and as his final thesis, he wrote and directed, The Noah's Ark Principle. In 1984, it became the opening film of the 34th Berlin International Film Festival. Emmerich's sister, Ute, is also a film producer and in 1985 she and Emmerich created Centropolis Film Productions. The studio was later renamed, Centropolis Entertainment.

Emmerich replaced Andrew Davis as the director for Universal Soldier, and after that he directed and wrote the film, Stargate. Then came Independence Day, The Visitor and Godzilla. In 2000, Emmerich decided to steer away from science fiction for a while and took on the role of director for the film The Patriot. In the middle 2000s he founded another production company, Reelmachine, which is based in Germany. Emmerich has faced a lot of criticism for his films, The Day After Tomorrow and 2012, with accusations that he is not sensitive to the victims of 9/11 and has too many scenes of cities being destroyed by doomsday disasters. He feels it is important to make people aware of the possible consequences of global warming and having no laid out plans for a doomsday scenario.

Roland Emmerich has four homes, which he decorates in the extreme, with portraits of communist leaders and dictators, as well as, murals and Hollywood memorabilia. Some may find his idea of interior decorating a bit bizarre and even insulting. Emmerich is openly gay and in 2006, pledged $150,000 for the preservation of gay and lesbian film productions. He also supports the idea of presenting Academy Awards to movie stuntmen for their performances in films. He is also involved in raising money for women's rights in the developing world, through the producing of The 1 Second Film.

In 2009 alone, Roland Emmerich earned over $70 million off his back end interest in the movie 2012 which had a worldwide gross of $750 million. 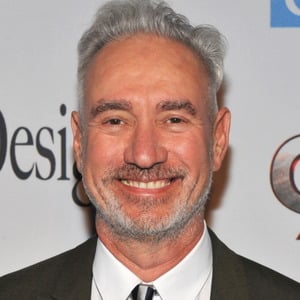