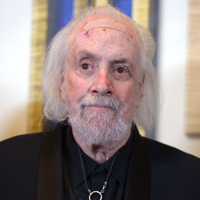 Robert Towne net worth: Robert Towne is an American screenwriter, producer, director, and actor who has a net worth of $40 million. Robert Towne was born in Los Angeles, California in November 1934. He wrote, directed, and produced the film Personal Best and wrote and directed the movies Tequila Sunrise, Without Limits, and Ask the Dust. Towne has written several films and episodes of TV series including Last Woman on Earth, The Lloyd Bridges Show, Breaking Point, The Outer Limits, The Man from U.N.C.L.E., Bonnie and Clyde, The Godfather, Chinatown, Heaven Can Wait, Days of Thunder, The Firm, Mission: Impossible, and Mission: Impossible 2. He served as a consulting producer on the TV series mad Men from 2014 to 2015. Towne won an Academy Award in 1975 for Best Writing, Original Screenplay for Chinatown. He also won a Golden Globe Award the same year for Best Screenplay for Chinatown. He was married to Julie Payne from 1977 to 1982.

Real Estate: In 1982, Robert spent $2.5 million to buy a large and impressive mansion in the Pacific Palisades area of Los Angeles. He has listed the home for sale at various times for $10 – 14 million but has not found a buyer as of this writing.