What is Robert Rodriguez's Net Worth?

Robert Rodriguez is an American filmmaker, cinematographer, producer, director and author. Robert Rodriguez has a net worth of $60 million. He is known for directing the "Spy Kids" franchise and the "Mexico Trilogy," which starred Antonio Banderas and Salma Hayek.

Robert Anthony Rodriguez was born on June 20th, 1968 in San Antonio, Texas. His mother was a nurse, and his father was a salesman. He is of Mexican-American descent and has nine siblings. His interest in film started when he was eleven years old, and he gained access to a camera that his date purchased. He attended a St. Anthony High School Seminary, a very small Catholic high school, where was commissioned to film the football games, but they wouldn't have him for very long. Rather than just videotaping the game, Rodriguez took an artsy approach and captured the reactions of parents, close-ups of players, and shots of the ball's movement through the air. After graduating high school, he received a scholarship to the University of Texas at Austin and decided to attend.

University of Texas and Early Career

While at UT Austin, he developed an interest in cartooning and wanted to do something that would result in everybody knowing his name. He began a daily comic strip called "Los Hooligans," which ran in the University's newspaper for three years. He credited the experience of making the comic strip as one that taught him creative discipline and how to operate on a deadline.

At school, he was accepted into the film program after his entry into a local film completion received attention.

In 1990, he made a 16mm comedy short film, "Bedhead." His friends and family acted as both cast and crew. The film's reception cemented his career path as being one in film and directing. It won in five short film contests, and he used the prize money to help fund his next venture.

In 1991, he left the university to shoot his next film "El Mariachi" in Coahuila, Mexico. He also participated in experimental drug trials to save money for the film's budget, which would end up being only $7,000. The movie was an action flick in Spanish, and after he left a trailer at the well-known talent agency International Creative Management, he had professional representation. His agency sent the film around to major studios, and in 1992 Columbia Pictures purchased the rights to the screenplay and its distribution. Rodriguez was also offered a two-year writing contract with the studio, which he signed.

Columbia would end up spending $200,000 in post-production to transfer the film into a format that looked more professional. The investment made a lofty return with the film grossing over $2 million at the box office. It also won him an award at the 1993 Sundance Film Festival.

"El Mariachi" spawned a trilogy, and the next installment was "Desperado," released in 1995. Salma Hayek and Antonio Banderas were cast in the lead roles. It was Hayek's first English language film. Although critics were lukewarm about the movie, it was a commercial hit and grossed over $25.4 million against a budget of $7 million. While "Desperado" did introduce Rodriguez to non-Spanish speakers, its R rating limited its audience.

In 2001, he made the first "Spy Kids" film which was inspired by his "Los Hooligans" comic strip. The film was a commercial and critical success. It grossed over $147 million worldwide and received 3.5 out of 4 stars from Roger Ebert. The second of the franchise, "Spy Kids 2: Island of Lost Dreams," was released in 2002. The film was a hit at the box office but not as favorably received by critics. The franchise was initially intended to end with the third film "Spy Kids 3: Game Over," but a fourth and final film was released in 2011. 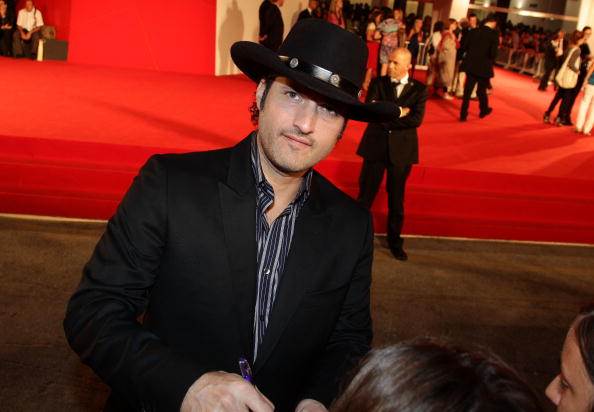 He finished the "Mexico Trilogy in 2003 with the film "Once Upon a Time in Mexico." Hayek and Banderas reprised their roles and star alongside Johnny Depp, Mickey Rourke, and Eva Mendes. The movie received favorable reviews among critics and grossed over $98 million against a budget of $29 million.

In 2005, Rodriguez co-directed the neo-noir crime anthology "Sin City" with Frank Miller. Miller wrote the comic that the film was based on and was less involved as a director, but Rodriguez felt that the aesthetic of the comic book was crucial to the directing of the film. After the Directors Guild of America refused to let Miller be credited as a co-director, Rodriguez resigned from the organization, and the film went on to be incredibly successful with fifty-four award nominations.

His fourth fantasy adventure film, "The Adventures of Sharkboy and Lavagirl," was released in 2005, and it was commercially successful, grossing over $38 million at the box office. His son inspired the characters and received credit for the screenplay.

In 2007, he released the comedy horror film "Planet Terror," which was half of a double feature called "Grindhouse." Quinten Tarantino directed the second half of the feature, "Death Proof." Neither were huge commercial successes, but both directors received praise for their respective films.

In 2010, "Machete" was released, which expanded on a trailer from the "Grindhouse" production. The film stars Danny Trejo playing his character from the "Spy Kids" franchise. It performed well at the box office, and a sequel "Machete Kills" was released in 2013.

Rodriguez was married to producer Elizabeth Avellán from 1990 to 2006. She acted as a producer for many of his films, and they continue to work together. They have five children together. He dated actress Rose McGowan after meeting her during the filming of "Grindhouse" in 2007, but the pair split in late 2009. H

e has written several books about how he makes his films. He began his writing career with "Rebel Without A Crew," which was about how he was able to make a movie for only $7,000. In 2009, he officially graduated from the University of Texas at Austin. 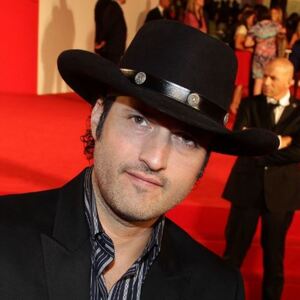