What is Rob Reiner's Net Worth and Salary?

Rob Reiner is an American actor, director, writer, and producer who has a net worth of $200 million dollars. After starting out as a sitcom actor, Reiner transitioned into one of Hollywood's most successful directors. As an actor, he first became well-known for playing Michael "Meathead" Stivic on "All in the Family," America's most watched television show from 1971-1976. Reiner began directing in the 1980s and eventually oversaw a string of huge hits including "The Princess Bride" (1987), "Stand by Me" (1986), "This is Spinal Tap" (1984), and "When Harry Met Sally…" (1989). Rob has also produced many of his own films and is the co-founder of production company Castle Rock Entertainment, which he sold to Turner Broadcasting System in 1993. Castle Rock has produced many films and television shows over the last several decades, and one of their most successful ventures has been syndicating Seinfeld, which has generated billions in licensing fees over the years.

Rob Reiner was born Robert Norman Reiner on March 6, 1947, in the Bronx, New York. His father, Carl Reiner, was a beloved comedian, actor, writer, producer, and director, and his mother, Estelle, was an actress. He grew up in a Jewish household with brother Lucas and sister Sylvia, who both grew up to go into the arts; Lucas is a painter, and Sylvia is a poet, author, and playwright. Rob studied at Beverly Hills High School, graduating in 1964, then attended the UCLA Film School but dropped out before earning his diploma.

Reiner began his acting career in the late 1960s, guest-starring on popular television series such as "Batman" (1967), "The Andy Griffith Show" (1967), and "The Beverly Hillbillies" (1969). In 1968, he was hired as a writer on the "Smothers Brothers Comedy Hour," and future superstar Steve Martin was his writing partner. In 1971, Rob rose to fame as Michael Stivic on the CBS sitcom "All in the Family," a role that earned him several Emmy and Golden Globe nominations. The show ran until 1978, and Reiner appeared in 182 episodes and wrote four of them. While appearing on "All in the Family," he hosted "Saturday Night Live" (1975), guest-starred on "The Odd Couple" (1974) and "The Rockford Files" (1976), and co-created the short-lived ABC sitcom "The Super."

In 1984, Rob directed his first movie, "This is Spinal Tap," which he also wrote and acted in. The film became a cult classic, and he followed it with 1985's "The Sure Things." In 1986, he directed Stephen King's "Stand by Me," and he would bring more of King's work to life in 1990, when he directed Kathy Bates (in an Oscar-winning performance) and James Caan in "Misery." In the 1980s, Reiner also wrote and produced "The Princess Bride" and "When Harry Met Sally…," two films that were included on Bravo's "100 Funniest Movies" list. "A Few Good Men," which Rob directed and produced, was nominated for an Academy Award for Best Film in 1993, and he earned a Golden Globe nomination for Best Director; "Stand by Me," "When Harry Met Sally…," and "The American President" (1995) also received Best Director nominations from the Golden Globes. Reiner has directed 13 more films since his Oscar nomination, including "Ghosts of Mississippi" (1996), "The Bucket List" (2007), and "LBJ" (2016). He has also appeared numerous film and television projects, such as "Sleepless in Seattle" (1993), "Curb Your Enthusiasm" (2001), and "30 Rock" (2010), and he had a recurring role on "New Girl" (2012–2018), playing the father of lead character Jessica Day in 10 episodes. 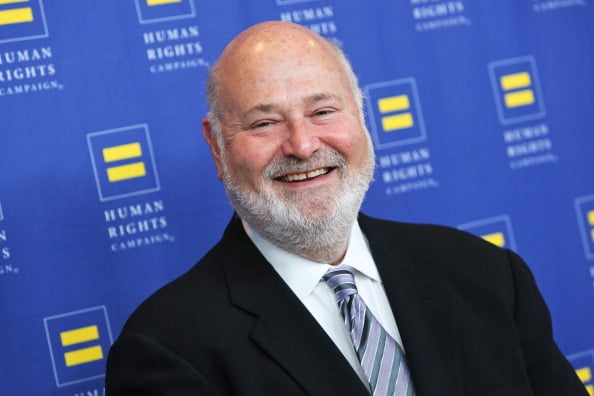 Rob married fellow director/producer Penny Marshall on April 10, 1971, and they divorced in 1981; Penny had a daughter, Tracey, from a previous marriage, and Reiner adopted her. He went on to marry photographer Michele Singer on May 19, 1989, and they welcomed son Jake in 1991, son Nick in 1993, and daughter Romy in 1998. Rob and Michele founded the charitable organizations "I Am Your Child Foundation" (1997) and "Parents' Action for Children" (2004) together.

Though Reiner was born to Jewish parents, he stated in 2012 that he is an atheist, a trait he shares with his late father; in 2013, Carl told "Interview" magazine that he "became an atheist after Hitler came." Rob is passionate about liberal causes and co-founded the American Foundation for Equal Rights and joined the Social Responsibility Task Force. A member of the Advisory Board of the Committee to Investigate Russia, Reiner is a vocal critic of Donald Trump, and he has campaigned for Al Gore and Howard Dean and endorsed Hillary Clinton and Joe Biden for president.

In 1994, he paid an undisclosed sum for a home in the exclusive Malibu Colony community. He has periodically rented the home out for $100,000 per month in non-peak months and $150,000+ in peak summer months. The oceanfront home is likely worth $15 – $20 million.

Since the early 1990s, he has also owned a large gated property in LA's Brentwood neighborhood which he purchased for $4.75 million. This home is likely worth $10+ million today. 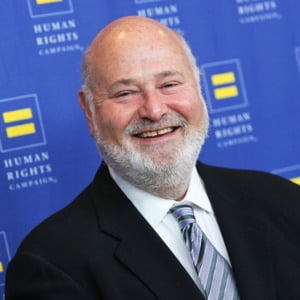