What is Ridley Scott's Net Worth and Salary?

Ridley Scott is an English film director and producer who has a net worth of $400 million. Over the course of his career, Scott has developed a reputation for creating a number of science fiction films, and he is also famous for films that center around female heroines. His best-known movies include "Blade Runner," "Alien," "Gladiator," and "The Martian." Outside of producing and directing for films, Ridley also owns an extremely successful commercial production company called RSA (Ridley Scott Associates). RSA generates over $100 million per year in revenue and is the source of the majority of Ridley's net worth.

After starting his directorial career with commercials, Scott started making his first films in the mid-70s. Over the next few years, Ridley became known for his use of atmospheric tools and a unique visual style. Despite his love for science fiction, Scott has also created films that are set long into the past, and also within the modern era.

Ridley is a highly-decorated director, and he has won a number of honors and accolades for his work in the film industry. He has been nominated three times for the Academy Award for Directing. "Gladiator" won the Academy Award for Best Actor, and "The Martian" was later nominated for the same award. In 2003, Scott was knighted for services to the British film industry. Today, Sir Ridley Scott is considered to be one of the most influential people on the planet.

Ridley Scott was born on November 30th of 1937 in South Shields, County Durham, England. His father was often away on duty with the army as a Colonel, so Scott was primarily raised by his mother. During this period, the family often moved from place to place, and Ridley spent time in England, Wales, and Germany.

When World War II ended, the family settled in Hartburn, County Durham. Many observers believe that the industrial appearance of this area and Scott's obsession with science fiction at this age planted the early seeds for his film "Blade Runner." After graduating from secondary school, Scott attended West Hartlepool College of Art, famously graduating 31st out of 31 students with a diploma in design.

After leaving art school in 1958, Scott studied at the Royal College of Art in London and helped establish the college's film department. During his time at this institution, he created a black and white short film called "Boy and Bicycle."

Scott began his film career designing sets for series like "Z-Cars" and "Out of the Unknown." His first directing work came in 1965 when he took the helm for the series "Adam Adamant Lives!" After founding the production company RSA (Ridley Scott Associates) in 1968, he started to establish a reputation as a talented director of commercials. During this period, he worked with brands like Hovis bread, which became a fan favorite.

In 1977, Scott announced his arrival as a feature film director with "The Duelists," a film that received strong reviews despite a limited international release. He made a much bigger impact in 1979 with "Alien," a film that launched Sigourney Weaver's career and generated over $104 million in worldwide box office earnings. Scott would step away from the Alien franchise for the next two films, but he returned to direct "Prometheus," and "Alien: Covenant."

After dropping out of his directorial job with the film "Dune," Ridley agreed to take creative control of "Blade Runner." The film is for the most part an adaptation of Philip K. Dick's science fiction novel "Do Androids Dream of Electric Sheep?" Unfortunately, "Blade Runner" failed to make much of an impact with critics, and it also generated lackluster earnings at the box office. It is one of the greatest mysteries of modern cinema, as today virtually all critics agree that it is one of the best films ever made.

After directing a particularly well-received commercial for Apple Computers, Scott directed films such as "Someone to Watch Over Me" and "Thelma & Louise" during the late 80s and the early 90s. The latter proved to be Ridley's most commercially-successful film yet, with over $45 million in box office earnings. Scott also received his first nomination for Best Director at the Academy Awards as a result.

Although "1492: Conquest of Paradise" proved to be a massive failure, Ridley Scott established another company called Scott Free Productions in 1995 and continued to make films such as "White Squall" and "G.I. Jane." Ridley Scott returned to prominence in 2000 with "Gladiator," another box office blockbuster that won Best Picture and Best Actor at the Academy Awards.

Ridley followed up with films like "Hannibal" and "Black Hawk Down," the latter of which earned Scott another Oscar for Best Director. The critically-acclaimed "Matchstick Men" followed before Ridley returned to a historic setting with "Kingdom of Heaven." The film received mixed reviews upon release, but the director's cut in 2006 to widespread critical praise.

Over the next period, Scott directed films like "A Good Year," "Body of Lies," "Robin Hood," and "American Gangster," although only the latter film was considered successful both critically and commercially. After a number of years, Scott proved his worth once again with "The Martian" in 2015. The film received strong reviews and generated over $630 million worldwide. 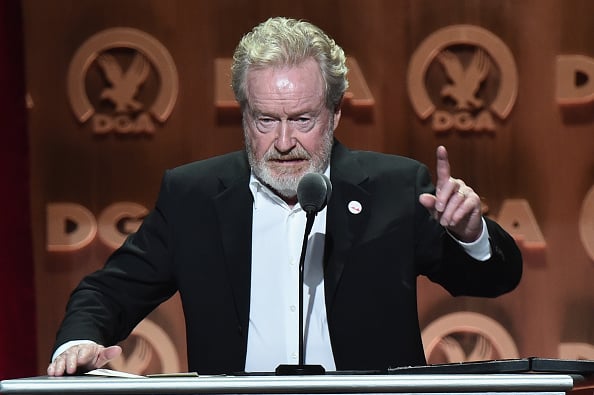 Ridley Scott is known for establishing close relationships with his actors, and often uses their performances to form the foundation of his films. Because of this, many actors have stated that they enjoy working with him. In addition, Scott is famous for using a range of different methods to create very particular atmospheres. He pays close attention to small details with elaborate lighting setups, subtle sounds, and production design. Many of Scott's films follow a very slow pace until the action suddenly arrives.

In 1964, Ridley married Felicity Heywood. They remained married until 1974, and during the course of their relationship, they had two sons together. Both of Scott's sons eventually became directors who currently work for RSA – Ridley's production company. Scott married an advertising executive named Sandy Watson in 1979, and they had one child together before divorcing in 1989.

As of 2020, Ridley is in a relationship with actress Giannina Facio, who has appeared in a number of his films. Scott currently splits his time between living in London, France, and Los Angeles. Many of Ridley's family members have passed away. His brother Frank died at the age of 45 from cancer, and his brother Tony Scott died by suicide at the age of 68. To honor the memory of his deceased family members, Ridley often dedicates his films to them.

In the late 1960s, Scott founded Ridley Scott Associates (RSA), a film and commercial production company. His brother Tony also played a part in the creation of the company. RSA generated attention for the Scott brothers along with other commercial directors such as Alan Parker and Hugh Hudson. Today, RSA generates over $100 million per year in revenue through the production of commercials.

In 2006, Ridley Scott sold a property in Malibu for about $11.5 million. The English-style cottage home features 4,000 square feet of living space, a screened porch, four bedrooms, and a raised deck that overlooks the coastline. 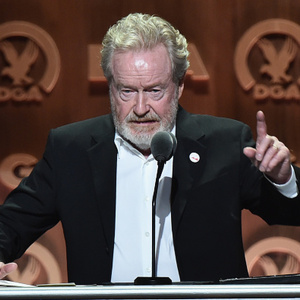