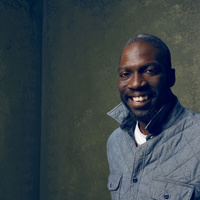 Rick Famuyiwa net worth: Rick Famuyiwa is an American film writer and director who has a net worth of $1.5 million. Rick Famuyiwa was born in Inglewood, California in June 1973. He graduated from the University of Southern California with a degree in film and television production and is a member of the Director's Guild of America. Famuyiwa has directed the movies The Wood in 1999, Brown Sugar in 2002, Our Family Wedding in 2010, and Dope in 2015. He wrote the films The Wood, Brown Sugar, Talk to Me, Our Family Wedding, and Dope. Famuyiwa also served as executive producer for the movie Dope. In 2008 he won an Image Award for Outstanding Writing in a Motion Picture (Theatrical or Television) for Talk to Me. In 2000 he was nominated for two Black Reel Awards for The Wood. Famuyiwa was also nominated for the Grand Jury Prize at the Sundance Film Festival in 2015 for Dope.