Early Life: Johnson was born on August 14, 1981 and raised in Oklahoma City, Oklahoma. He was attending Columbia University to pursue a career in law, when he started watching videos on YouTube and eventually, making videos himself. These videos were standard video blogs, or "vlogs," that he published on a now-deleted YouTube channel. His early videos garnered a follow of around just 30 people.

Career: In April 2009, he began posting to his Ray William Johnson channel and by later in the year the channel had already become YouTube's first to reach 5 million subscribers. The channel had also already obtained nearly 2 billion total views. He noticed people visit YouTube either to watch viral videos or to follow videos from their favorite bloggers, and that spawned his idea for his first formatted show, Equals Three, this was a way for him to combine the two popular video styles. Originally, Ray produced his videos out of his New York City apartment but in 2011 he signed a deal with Maker Studios to produce videos on set in Culver City, California. While at Maker Studios, Johnson produced a Spanish-language of the series called Igual a Tres.

In October 2012, Johnson announced he would be leaving Maker Studios, contending that they had been pressuring him to sign a new contract that limited his access to his Google AdSense account, and would reportedly take 40 percent of his earnings from "Equals Three." This contract would have also required him to give up half of his intellectual property rights to both that show and "Your Favorite Martian." In November 2012, Johnson founded his own production studio, Equals Three Studio. He continued producing "Equals Three" on his own. He ended "Your Favorite Martian" that same month.

Johnson announced he would cease hosting "Equals Three" in the near future to focus on other projects in December 2013. His last show as host, titled "Thank You for Everything" was published on March 12, 2014.  At the time of Johnson's departure, the channel had over 10 million subscribers and 2.6 billion total views. The show came back in July 2014, this time with Robby Motz as the host. Motz departed in July 2015 at which point Kaja Martin took over, but Martin was replaced by Carlos Santos a few months later. Over the course of its run, the series featured numerous celebrity guests including Robin Williams, Jason Biggs, and Sarah Silverman.

Johnson debuted his first scripted series, "Riley Rewind", in December 2013. It was originally released on Facebook before it moved to YouTube. The series revolved around a teenager with a special time-shifting power. It was released in five parts and totaled around 50 minutes. Johnson reported the series had received 10 million views on Facebook by 2015. Johnson continued producing comedic material for his main Ray William Johnson channel. His new series included Booze Lightyear, Top 6, and Comedians On. "Top 6", which premiered in February 2015, is a list show that is written and hosted by Kelly Landry and discusses six items about a given topic each episode. Comedians On and Booze Lightyear were eventually canceled.

Johnson started a daily video blog or vlog titled BreakingNYC; he made vlogs almost daily while living in New York City, until June 2010. Johnson moved to Los Angeles and after nearly a year-long hiatus, he resumed contributing to the video blog channel, by creating a new higher-quality series that contained a similar format. The new series was titled Breaking Los Angeles and the Adventures of Puff Puff. A new video is released every Friday and is filmed in Los Angeles. Ray often has popular guests featured on the channel such as, rappers Wax, Hoodie Allen and Dumbfounded, slam poet George Watsky.

Outside of his YouTube career, Johnson was attached to an indie film project titled "Who's Driving Doug" in May 2017. Johnson played the role of a new driver for a disabled recluse played by former "Breaking Bad" star RJ Mitte. The film was written by Michael Carnick and also stars Paloma Kwiatkowski. Johnson also had a part in "Jay & Silent Bob's Super Groovy Cartoon Movie." In January 2016, he appeared in a series of commercials for DiGiorno pizza. Johnson is also the co-creator of the film production company Mom & Pop Empire. The company previously co-produced a film called "Manson Family Vacation" with Mark and Jay Duplass. The film premiered at South by Southwest in 2015 and its distribution rights were bought by Netflix soon after. 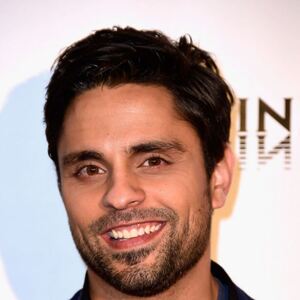