What is Quentin Tarantino's net worth and salary?

Quentin Tarantino is an American writer, producer, director and actor known for writing/directing and producing some of the most-unique dramatic/action movies of the last three decades. As of this writing, Quentin Tarantino's net worth is $120 million. Quentin Tarantino is unique as a film director for many reasons. He has a characteristic style and seems to make his own rules as far as filmmaking is concerned. This one-of-a-kind approach to storytelling has no doubt contributed to Tarantino's popularity and success as a filmmaker, and his films have generated more than $1.5 billion globally.

Quentin Tarantino was born in Knoxville, Tennessee on March 27th of 1963. He was born into the filmmaking industry, as his father was an actor and a filmmaker long before he arrived on the scene. His parents' relationship ended soon after he was born. Although his mother had met Quentin's father in Los Angeles, she traveled back to Knoxville to be with her family after the divorce. Quentin Tarantino spent 3 years living in Knoxville before his mother moved back to Los Angeles once again.

This time his mother married a musician, and Quentin's new stepfather was a major influence in the future director's life. Together, they went to the screenings of countless movies, even if the films contained adult content. Due to a health scare in 1973, Tarantino was sent back to Knoxville to live with his grandparents. His mother also divorced her new husband.

Tarantino was involved in acting and screenwriting from a young age. By age 14, he was writing various scripts and participating in plays at the local community playhouse. By age 15, he had dropped out of high school to become an usher for a movie theater. He also started taking acting classes and met many individuals he would later work with. In the '80s, Tarantino worked in a movie store.

In 1987, he had written and directed his first film. After working as a production assistant for an exercise video, Tarantino also booked his first role as an actor in 1987. He played an Elvis impersonator.

Quentin Tarantino's breakthrough came when he was paid to write the screenplay for From Dusk Till Dawn. However, the film was not released until 1996. Tarantino had also written the screenplay for True Romance and sold the rights to the script before it was released in 1993. There is some controversy regarding this film, as Quentin Tarantino later stated that the script was changed considerably. He later disowned it completely. True Romance nonetheless provided him with the money he needed to fund his first major film, Reservoir Dogs. The film was released in 1992 and screened at the Sundance Film Festival. The film illustrated Tarantino's talent, especially in regards to dialogue. Its production was made possible by high-profile figures who decided to fund the venture, including Harvey Keitel who also took a leading role.

After Reservoir Dogs put Tarantino on the Hollywood radar, he was approached by multiple executives who wanted him to direct major motion pictures. Tarantino was happy to take uncredited writing jobs for films at this time, but he wanted to direct something that he had created personally. He rejected offers for directing jobs and instead began work on the script for Pulp Fiction. When the film was released in 1994, it showed the world that Tarantino could compete with the biggest directors in the world. The film grossed more than $200 million. Tarantino also took an acting role in the film, as he had done previously in Reservoir Dogs. In 1996, From Dusk Till Dawn was finally released. Once again, Tarantino would have the chance to show off his acting talents with a leading role in the film. 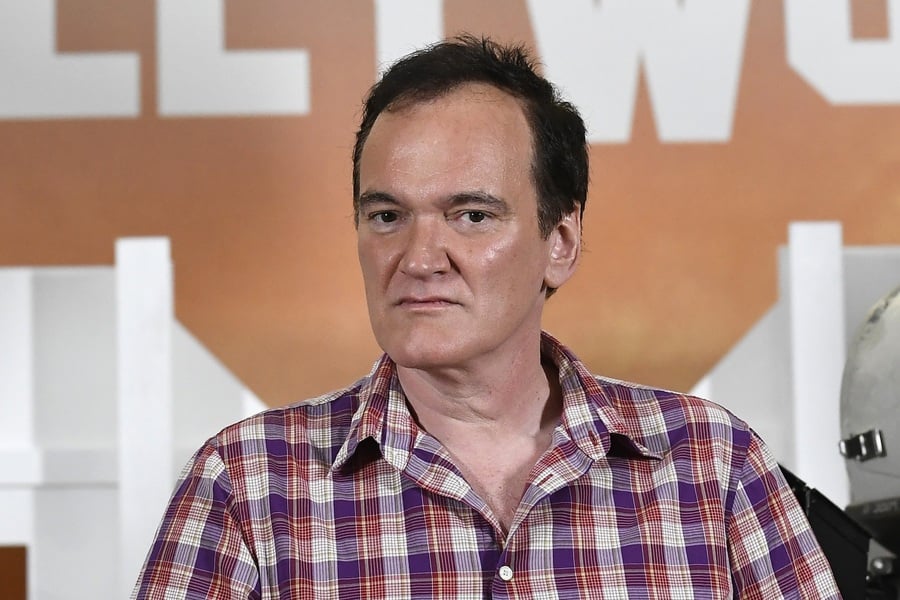 Tarantino's next project was the Kill Bill series. The ambitious action film incorporated many stylistic choices, drawing influences from spaghetti westerns, old school Kung-Fu movies, and Italian horror flicks – to name but a few. Kill Bill Vol. 1 released in 2003, and Kill Bill Vol. 2 was released in 2004. The films were originally intended to be released for one sitting, but they were split up because of the long runtime. Together, the films grossed almost $335 million.

Tarantino would take the next few years to participate in a number of projects, ranging from television series to documentaries. His next major project came when he co-directed Grindhouse with Robert Rodriguez. Quentin Tarantino's segment was entitled Death Proof.

He returned to filmmaking in true form with the 2009 release of Inglorious Basterds. This would prove to be his highest-grossing film to date, with box office earnings of over $320 million worldwide. However, this record was broken in 2012 with the release of Django Unchained. The film grossed over $425 million.

The Hateful Eight followed in 2015, with a smaller box office return of $155 million. In 2019, Tarantino released Once Upon a Time in Hollywood. The film grossed almost $375 million.

Quentin typically receives a $20 million advance for his standard directing/producing/writing work on his own movies. He also owns a generous backend percentage of his films' profits that can translate into a total per movie haul of $30-40 million in some cases.

Tarantino has won a number of awards as a result of his achievements in the world of filmmaking. These include two Academy Awards, two BAFTA awards, and four Golden Globes. In addition, Tarantino has been nominated for many other awards. In 2015, he was also given a star on the Hollywood "Walk of Fame." 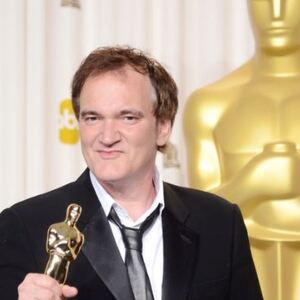