Peter Farrelly net worth: Peter Farrelly is an American director, screenwriter, producer, and novelist who has a net worth of $40 million. Peter Farrelly was born in Phoenixville, Pennsylvania in December 1956. He is best known for being one of the Farrelly brothers along with his brother Bobby Farrelly. Bobby Farrelly has directed, produced, and/or written for the films Dumb and Dumber, There's Something About Mary, Outside Providence, Me, Myself & Irene, Say It Isn't So, Osmosis Jones, Shallow Hal, Stuck on You, The Ringer, Hall Pass, The Three Stooges, Dumb and Dumber To, Dumb and Dumberer: When Harry Met Lloyd, The Heartbreak Kid, Kingpin, and The Perfect Catch.

He also served as executive producer for the television series Ozzy & Drix from 2002 to 2004. He also co-write an episode of the TV series Seinfeld and directed two episodes of the series Trailer Park Boys. Farrelly was nominated for Daytime Emmy Awards for Ozzy & Drix in 2003 and 2004. 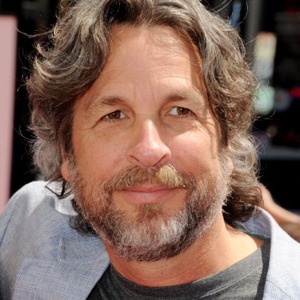